The Production Stage, when filming takes place, is also known as 'principal photography'. 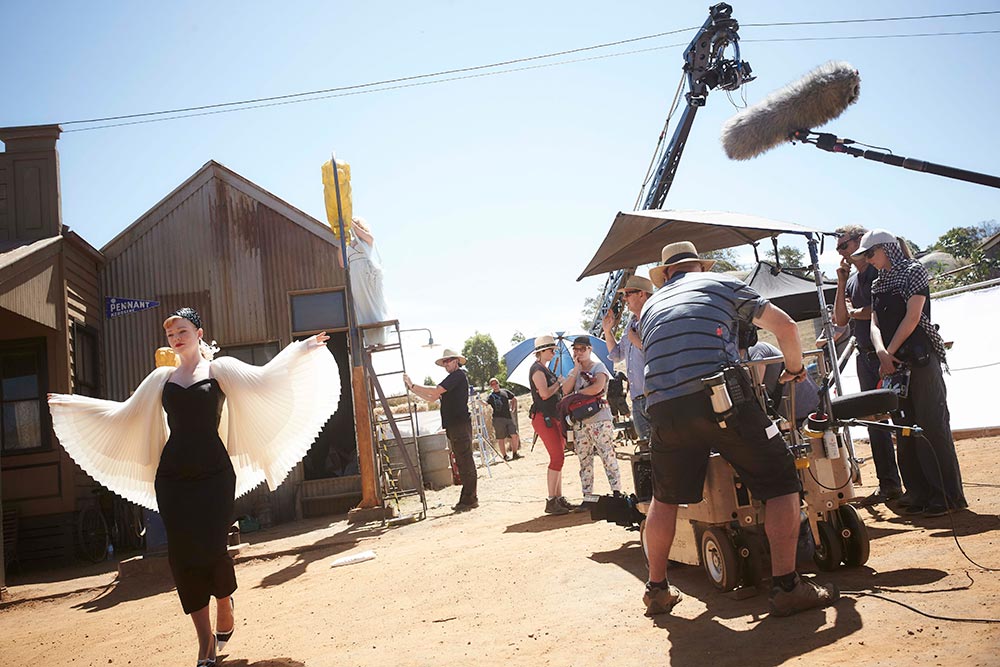 The Dressmaker: Behind the Seams. Film Art Media 2015

Don McAlpine worked with the director and production designer to capture the film. It was McAlpine's role as director of photography/cinematographer to consider the framing and lighting of each shot.

Focus on specific scenes to explore the distinctive style of The Dressmaker cinematography.

Watch the clip below and respond to the following prompts: