The Dardenne brothers' fascination with the adolescent experience takes a sinister turn with this tale of an aspiring terrorist.

A riveting, beautifully made character study that provokes compassion and controversy in equal measures.

As two of the most prolific and celebrated European filmmakers, Jean-Pierre and Luc Dardenne have covered a wealth of subjects over their 40-year careers. To say Young Ahmed tackles some of the trickiest themes yet is testament to their ambition as storytellers. The film follows 13-year-old Belgian boy Ahmed (Idir Ben Addi making an impressive screen debut) who has been radicalised by a charismatic local Imam. The once sweet and videogame-loving kid is replaced with a surly fanatic who chastises his mother’s drinking, his sister’s clothing choices and refuses to shake his female teacher’s hand.

It’s this teacher who becomes the subject of extremist fixation as he plots to murder her for dating a Jew and espousing a more liberal and interpretive form of Islam. She survives his murder attempt, although is rightly traumatised by it. Meanwhile Ahmed’s idolised Imam pledges him to secrecy about what they actually do at the mosque as the young teen is promptly arrested and sent to juvenile detention. The bulk of the film takes place within this facility as Ahmed undergoes everything from mental to physical therapy as a progressive rehabilitation system attempts to return him to some kind of normalcy.

In many ways, the Dardennes made their career at Cannes with Rosetta in 1999 so it’s fitting that Young Ahmed was awarded there too some 20 years later. The pair won Best Director and the film was nominated for the Palme d’Or, ultimately losing to Bong Joon-ho’s Parasite. Like much of their work Young Ahmed is naturalistic in tone and harks back to their earlier documentary films, with the action unfolding for their viewer like they’re an invisible witness. The subject matter is perhaps the biggest pivot for the brothers, with Ahmed’s journey – or lack thereof – frustrating for the audience as every character in and around him evolves based on the events taking place while he remains in a state of stasis. However, being in the presence of voices as confident and competent as the Dardennes is comforting even if the subject matter is not. 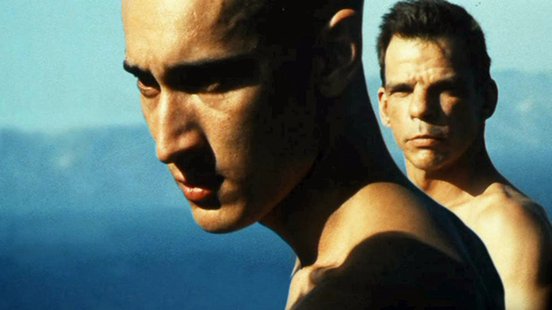