Released in 1960, only a few years after the publication of The Talented Mr. Ripley in 1955 – the first of five Ripley novels – Clement’s adaptation of Patricia Highsmith’s psychological thriller is less well known but arguably more attuned to its literary source than the (likewise excellent) 1999 English language remake by director Anthony Minghella with Matt Damon in the role of Ripley.

“The moral compass in Highsmith’s thrillers is always jittery, and passion repeatedly leads people to violence”, writes Margaret Talbot in a New Yorker essay from 2015. “Again and again in Highsmith’s fiction” she continues, “one character develops a deadly obsession with another”. In The Talented Mr. Ripley as in both film adaptations, “Tom Ripley both desires and resents Dickie Greenleaf”.

Released in 1960, in the same year that Delon appeared as Rocco in Luchino Visconti’s incendiary melodrama, Rocco and his Brothers, Plein Soleil confirmed Delon as a major new star of European cinema. Highsmith certainly approved of Delon’s casting (if not the film’s divergence from her novel’s ending) and remarked on the “inscrutable beauty” the actor gifted her character. Nino Rota’s sublime score completes the on-screen seduction. 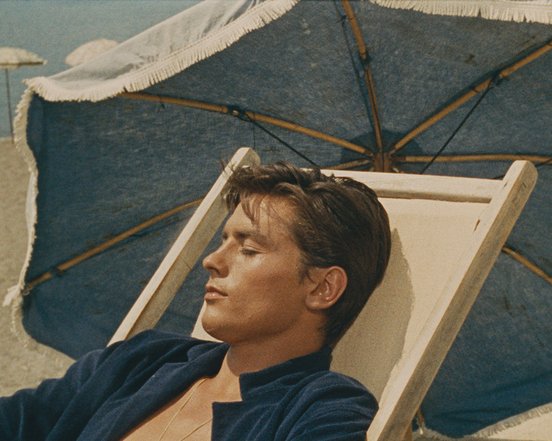