Gemma Arterton (Their Finest) stars as a fiery recluse forced to care for a young evacuee from the London Blitz.

Arterton triumphs again and Swale marks herself as a director to watch.

Writer and academic Alice Lamb (a commanding Gemma Arterton) spends her days investigating folklore from her secluded cliffside cottage, firmly rebuffing any advances from the outside world or local townspeople. Fiercely independent, Alice buries herself in her work to avoid painful memories of a past love.

Alice’s self-imposed isolation is shattered when one of WWII London’s child evacuees, Frank (Lucas Bond), is unexpectedly dumped on her doorstep and into her reluctant care. Slowly, and with “an impressive balance between the sly and the sentimental” (The Guardian), Frank’s curiosity begins to chip away at Alice’s barriers and loneliness.

Summerland is British playwright Jessica Swale’s feature debut as both director and writer, and her script manages to both brilliantly subvert and celebrate the tropes of a wartime period drama.

Wonderful performances by Arteton, a luminous Gugu Mbatha-Raw and newcomer Lucas Bond anchor the film, with the authentic rapport between Bond and Arterton making each moment that thaws their initially frosty relationship feel earned. Brief but affecting turns from Tom Courtenay as the local headmaster, and Penelope Wilton, who bookends the film as the elder (but no less feisty!) Alice, round out a stellar cast.

Lock in your screenings and save. Watch three films for $19.50

READ: Gugu Mbatha-Raw On Summerland & The Journey Of Living Through Her Characters
Joi Childs, The Playlist, Jul 2020 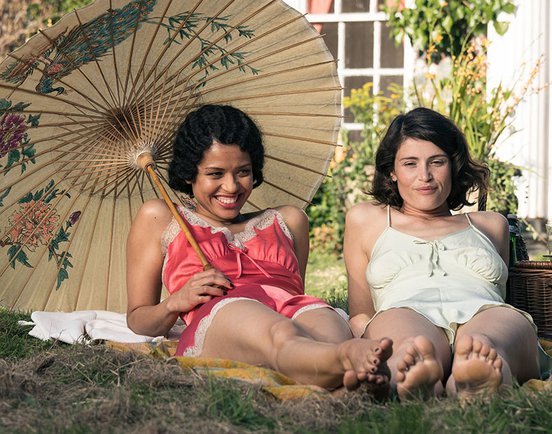