A cinematic journey that explores the life and work of one of the great pioneers of Modernist architecture and furniture design, Alvar Aalto.

On Monday March 29, join Amanda Dunsmore, Senior Curator, International Decorative Arts and Antiques, NGV for a special introduction on Alvar Aalto prior to the screening of the film.

Often cited next to figures such as Le Corbusier and Frank Lloyd Wright, Alvar Aalto was best known for designs that were harmonious in their relationship to the organic world. With a belief that "architecture and its details are in some way all part of biology", his designs incorporate the textures, shapes and at times, elements of the natural world.

But it’s Aalto's commission for the Paimio Tuberculosis Sanatorium in the 1930s that truly cemented his reputation not only for architecture but also design, with every piece of lighting and practical furnishing being crafted in tandem with the building. This project spurred Aalto, his wife and creative collaborator Aino Maria Marsio-Aalto, Maire Gullichsen and Nils-Gustav Hahl to establish Artek. Since 1935 the company has remained a world-renowned furniture and lighting company and many of its iconic pieces grace homes, commercial buildings and galleries across the globe.

For Aalto the union of heart and hands was present with his first wife, Aino. After her untimely death in 1949, Aalto continued to work in Europe and abroad, bolstering the business they had built together. His second marriage to another fellow architect Elissa Mäkiniemi was equally collaborative, with Elissa seeing projects to completion following Alvar’s death in 1976. This notion of collaboration is a key element of Virpi Suutari’s film, which challenges the cliché of the singular genius and in doing so presents an entirely refreshing view of the life that led to the creation of some of the 20th century’s most enduring designs.

In 2021, Melbourne Design Week asks: Which world will we make together when we know tomorrow will be very different to today? 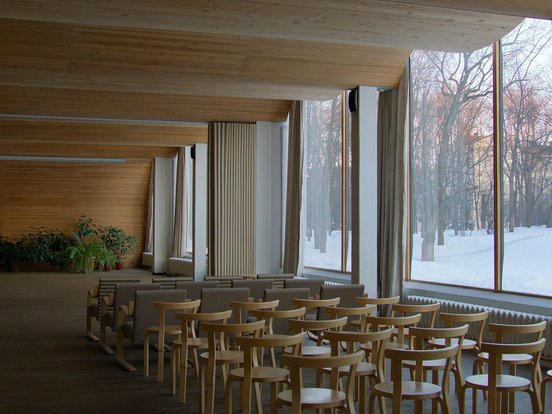