ACMI, Back to Back Theatre, Midsumma Festival and RMIT present

Elephant is an experiment in liveness and embodiment, playing with projection, reflection, multiplicity and disappearance.

Devised and performed by Sarah Mainwaring, and created in collaboration with Ingrid Voorendt and Alana Hoggart, Elephant explores the space between life and death, and is driven by Mainwaring’s interest in consciousness and her skill and receptivity as an improviser. This creative showing will give the artist valuable feedback to test and continue her journey exploring these ideas.

Sarah joined the Back to Back Theatre ensemble in 2007, played the lead role of Lesley in Back to Back Theatre’s Food Court (2008) and has toured both nationally and internationally with the Democratic Set Residency and Lady Eats Apple (2016). Sarah has played a collaborative role in the creative development of Ganesh versus the Third Reich (2011), Super Discount (2013) and as creator and performer in the company’s most recent major work, The Shadow Whose Prey the Hunter Becomes (2019) and its film adaptation Shadow (2020).

Sarah has a Bachelor of Arts (Performing Arts) from Victoria University, and has a particular interest in avant-garde and physical theatre. 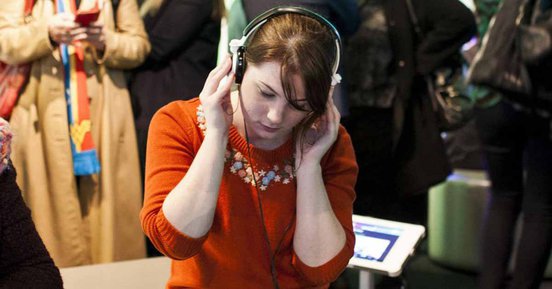