Amin has a secret he's never told anyone. For the first time the former child refugee recounts the story of his remarkable migration from Afghanistan to Denmark.

All but the hardest of hearts will shatter. It’s a film that ends in tears of joy.

After arriving in Denmark twenty years ago alone as a child refugee, Amin is still grappling with painful secrets he has kept to himself. For the first time, he recounts the extraordinary journey he undertook as a child from Afghanistan to Denmark to director Jonas Poher Rasmussen: his former classmate and friend.

Animation has been used for many reasons over the past century – to create wonder, to capture the unreal – but in Jonas Poher Rasmussen's personal documentary, animation is used to unlock a secret. Using animation to protect Amin's identity, the pair embark on a journey from a childhood in 1980s Afghanistan on a perilous route to present day Copenhagen.

Officially selected for the Cannes Film Festival in 2020 before it was cancelled, the film has led a longer-than-normal life travelling through international film festivals before officially being released in Australia in 2022. Staggering in the number of accolades it has received, Flee was nominated for three Academy Awards, won the Grand Jury Prize in the World Cinema Documentary section of Sundance and took home the award for Best Feature at the Annecy International Animation Film Festival.

Amidst the horrors of the battlefield, a young soldier discovers an abandoned house and imagines the stories its walls could have contained. 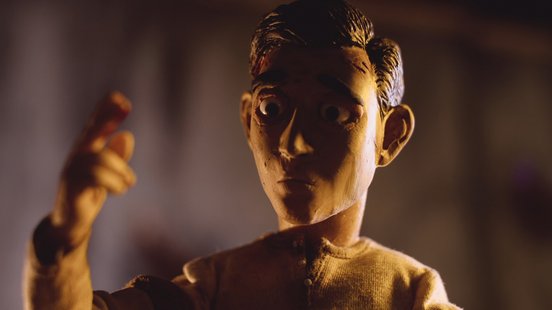