Having fled their Zimbabwean home, four South African sommeliers form an unlikely team to compete at the Olympics of the wine tasting world

It’s like the Olympics of wine tasting. It’s extremely difficult, it requires a lot of work, a lot of knowledge, and good team collaboration which is very important.

Joseph, Tinashe, Marlvin and Pardon are putting TeamZim’s palette on the map. After fleeing Zimbabwe and establishing new homes in South Africa, the four wine lovers have their sights set on The World Wine Blind Tasting Championships – the Olympics of the wine world. They are the first all-black and first Zimbabwean team to compete.

Blind Ambition follows the unlikely foursome’s journey from Cape Town to Burgundy, France, detailing the intricate training and various financial hurdles they face before they finally compete. Once there, they face-off 24 other teams, mainly from Western Europe. The competition requires each team to deduce the country, winery and vintage of 12 blind wine samples taken from anywhere in the world.

The challenge is exacting and the competition is stiff, but TeamZim’s vision is bold. The set-up makes for some nail-biting tastings as we are invited into the heat of the Championships. Ultimately though, it’s the team’s collaborative spirit, collective drive and demonstrable connection to their Zimbabwean homeland which makes for a winning combination.

LISTEN: Blind Ambition: The remarkable tale of four refugees who took a deep dive into the world of wine
RN Breakfast with Patricia Karvelas, ABC, Nov 2021 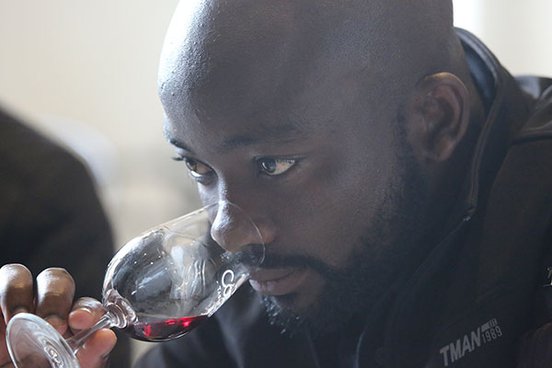