Without question one of the most important Australian documentaries of the 21st century so far.

The horrors of the 2019–20 Australian Summer were on a scale once thought unimaginable. Few will forget the nightmarish images of scorched forests and cities engulfed in smoke that engulfed world media. The bewilderment and anger were palpable: How did this happen, and what are we going to do about it?

Academy and Emmy-Award winning documentarian Eva Orner’s first Australian-focused film since 2016’s Chasing Asylum extends that increasingly urgent conversation that Australia, and the world, must have.

Featuring interviews from climate scientists, visionary tech billionaires and the next generation of activists, Burning explores our history as a country prone to severe bushfire seasons. It examines the Australian government’s handling of the Black Summer fires, and the mixed response this received from the public.

With a purview that goes beyond Australia’s borders, Burning speaks to the increasingly global experience of living amidst the existential threat that is the climate crisis. But rather than focusing on despair, Orner’s film reassures audiences that there is cause for hope; despite governmental inaction, there are still strategies to mitigate the looming catastrophes facing our planet. 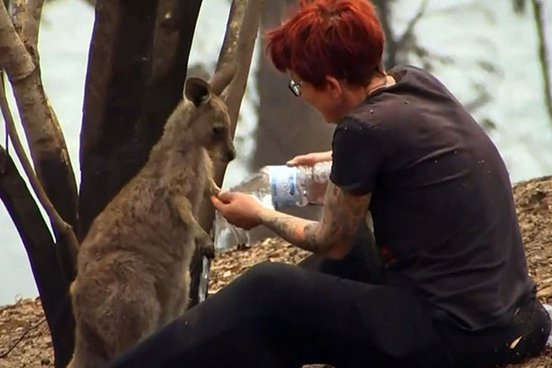