Join us in the cinema for the world premiere of Lamine Sonko's short film followed by a live musical performance.

Guided by composer Lamine Sonko and the cultural elders of his community, Deup offers a non-linear mosaic of moments, illuminating the metaphysical nature of ancient musical spheres in a remote area of Senegal. There, people live within an ancient soundworld where music, rhythm and ritual are the fabric of collective experience.

Lamine Sonko is a Senegalese composer, director and multi-instrumentalist based in Melbourne, Australia. In his artistic practice he draws on traditional wisdom to create inter-disciplinary and multi-sensory arts experiences inspired by his cultural background as a Guewel (hereditary cultural role). His role as a Guewel is to be a guardian and communicator of history, customs and sacred knowledge through music, dance and storytelling and through his work he has defined new ways to present a traditional African and contemporary synthesis of music, theatre and film. He has composed and arranged award-winning music including for Grammy Award-winning album Winds of Samsara (2015) and has presented and performed throughout Australia and internationally. 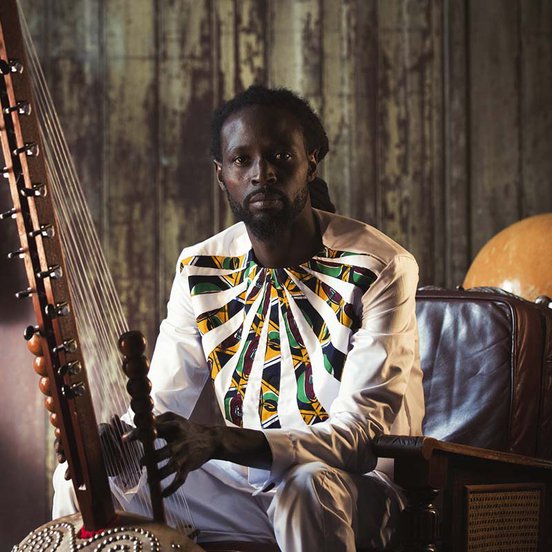