A bold diasporic comedy-drama, the directorial debut from Nana Mensah announces the arrival of a challenging new filmmaker.

Queen of Glory is a charming tale, in which Sarah, a rising Ghanaian-American academic is summoned to run her late mother’s Christian bookshop after her sudden passing. Played by Mensah, Sarah soon finds herself back in her childhood home in the Bronx. As she struggles with funeral arrangements Sarah re-connects with the cultures and traditions of an environment she didn’t realise that she had almost lost. An at times heartrending story balanced with unexpected laughs, the world of Queen of Glory,like that of Sarah’s Bronx home neighbourhood, is enriched by lively supporting roles and a committed lead-performance.

An introduction and unique youth performance by Western Edge before the film.

Before the screening, there will be a unique performance and introduction from a Western Edge artist - a not-for-profit arts organisation creating safer spaces for young artists from Melbourne’s west to tell their own stories, with their own voice, in their own way. 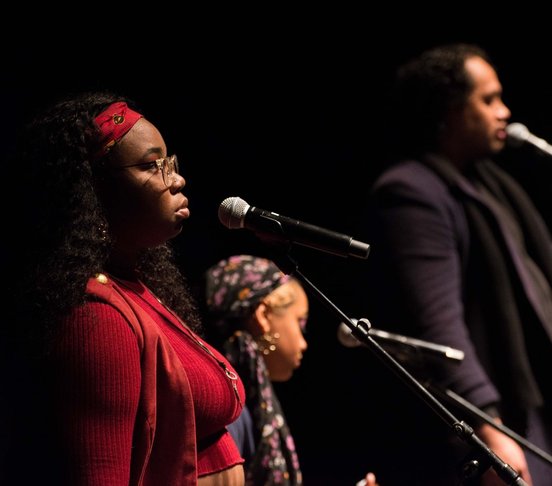