Ep 14: Choosing the right form for storytelling with Jason Christou

Have you considered telling your story through a videogame or interactive experience, instead of a film?

In this episode, we talk about screenwriter and director Jason Christou's path into the screen industry and his strategy for storytelling; finding a personal connection and considering the perfect form.

Jason Christou is a creator/writer/director who tells stories infused by his Greek-Cypriot and Austrian/Slovenian descent across film, TV, documentary, interactive and games. His feature projects have been a finalist for the Sundance Screenwriters Lab, Francis Ford Coppola's American Zoetrope Screenplay Contest, and selected to Warner Bros & The Blacklist’s “Aussie List”. He was a writer on ABC/Matchbox Pictures’ tv series Nowhere Boys, and a director’s apprentice on Sony/AMC’s Preacher, and is a current Creative Victoria Creators Fund recipient for his interactive series/game We the Jury and a 2022 alumni and production funding recpient of the AFTRS National Documentary Talent Camp for Skinny.

The ACMI X offers residencies to practitioners working across the screen industry and looking for an office space with access to meeting rooms and events spaces. 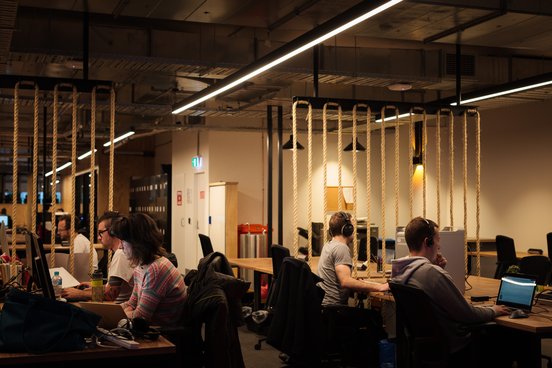