One of the great untold pop culture stories is dissected in Frank Pavich’s hilarious, insightful and at times heartbreaking look at the quest to make science-fiction’s holy text, Dune.

Indulging one of film history’s more entertaining 'what might have been' stories, first-timer Frank Pavich delivers his own mind-blowing cult movie

Since its publication in 1965, Frank Herbert’s science-fiction novel Dune was been considered unfilmable with many trying – and failing – to produce a comprehensible version for the screen (see David Lynch’s Dune (1984) and countless television attempts since). In Frank Pavich’s documentary Jodorowsky's Dune, the meat is the story to tell the story in what would ultimately become something of a pop culture urban legend. Interviewing everyone from the core creative team that attempted to make the book-to-screen adaptation in the seventies - cult director Alejandro Jodorowsky's, legendary artist H.R. Giger, character actor David Carradine – to current filmmakers like Nicolas Winding Refn (Drive, Neon Demon) to expand on the unmade film’s legacy, it includes rare archive footage and production artwork to help bring the audience into the ill-fated vision.

Award-winning film critic Matt Zoller Seitz called the documentary “a call to arms for dreamers everywhere” following its 2013 premiere at the Cannes Film Festival and that’s certainly true, not just for the subjects featured but Pavich himself. Amongst all of the jaw-dropping revelations – Salvador Dalí being cast on the condition he’s paid $100,000 an hour and gets to sit on a dolphin throne toilet is hugely unbeatable WTF fodder – is an equally hilarious and tragic ode to the quest to make art knowing full well that what you put into it is likely never going to returned.

LISTEN: Doomed Dune Was Generations Ahead Of Its Time
NPR, 2014

READ: Why Dune Fans Should be Thankful Jodorowsky's Dune Was Never Made
Ryan Britt, Inverse, Mar 2021 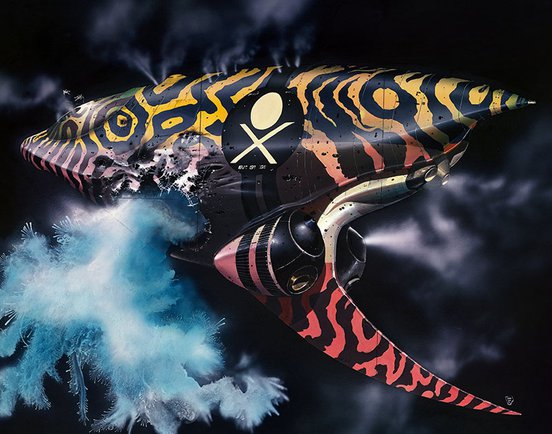