Winner of the Platform prize at the Toronto Film Festival, Pietro Marcello's inventive adaptation of Jack London's semi-autobiographical novel is a tale of romance, ambition, and class struggle in 20th century Naples.

MARTIN EDEN - Official HD Trailer - Only In Cinemas by PalaceFilms

A movie that arrives like a bolt out of the blue, bursting with ideas, not unlike its hero.

Touted as the “Best Film of the Year” by New York Times critic Manohla Dargis, this inventive adaptation of Jack London's semi-autobiographical novel is a tale of romance, ambition, and class struggle in 20th century Naples.

Winner of the Toronto Film Festival Platform prize and Best Actor at Venice Film Festival for newcomer Luca Marinelli in the title role of Martin, who falls in love with wealthy and well-educated Elena. Martin is caught between his dreams of rising above his humble origins to become a writer, his love for the woman he hopes to marry and his political reawakening that leads to a conflict with her bourgeois family.

Coarse language and a sex scene

READ: ‘Martin Eden’ Review: Reading and Writing His Way Out of the Pit
Manohla Dargis, The New York Times, Oct 2020 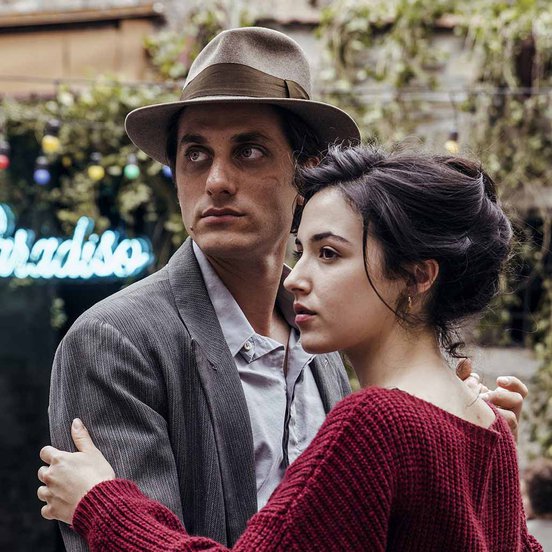