Starring Joanna Scanlan in her BAFTA Best Actress award-winning role as a grieving widow seeking resolution in the aftermath of a sudden loss.

[In] a tale of secrets and lies...Joanna Scanlan [offers] a dramatic masterclass in the dramatic power of understatement

British born Mary Hussain (Joanna Scanlan) is widowed in her 60s when her British-Pakistani husband, Ahmed (Nasser Memarzia) dies without warning. Having converted to Islam as a young bride in the 1970s, Mary’s identity as a convert to her husband’s faith has shaped and sustained their marriage. In the disorientating days that follow her husband’s burial, Mary discovers evidence of a French woman’s contact with her husband. Emotionally untethered by her grief, Mary leaves her community and home in Dover to cross the English Channel – as Ahmed, a ferry captain, did professionally for decades – to delve deeper into her husband’s apparent double life in Calais.

In an almost three-decade career that has spanned films and television, from the Ralph Fiennes-directed Dickens biographical drama, The Invisible Woman (2013) to satirical TV series The Thick of It, Scanlan’s range and depth as an actress are on ample display in Khan’s film, which swept the recent BIFAs (British Independent Film Awards) with six awards including prizes for Scanlan (Best Actress) - Scanlan also garnered the BAFTA Best Actress award - and Best Debut, Best Director and Best Screenplay awards for Aleem Khan. Natalie Richard and Talid Ariss (2021 BIFA Best Supporting Actor winner) are likewise excellent in supporting roles.

READ: After Love rises above the sum of its parts to deliver an affecting drama
Harris Dang, The AU Review, Nov 2021

READ: After Love director Aleem Khan: "I walked around Mecca and prayed not to be gay"
Sarfraz Manzoor, The Guardian, Jun 2021 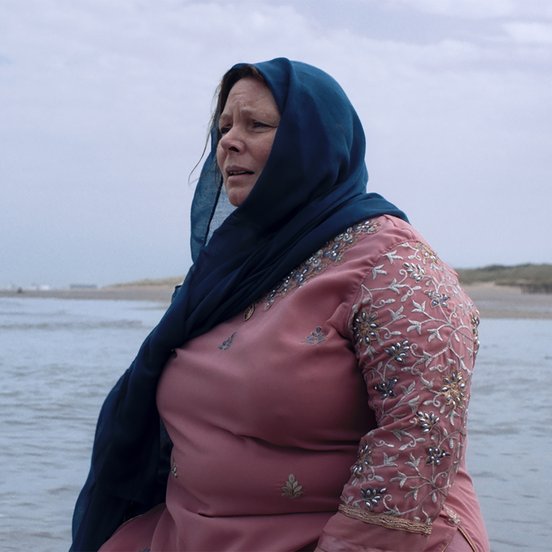