“It’s hard to believe it’s half a century since Cabaret first sashayed into cinemas: it still feels fresh and daring, expanding the possibilities of what musicals can do and say... but also just razzle-dazzling with the best of them.”

Guy Lodge, Film of the Week

Liza Minnelli’s incandescent Sally Bowles, an American dancer at Berlin’s Kit Kat Club (described as “a Weimar Holly Golightly” in a Hollywood Reporter review) has ambition, dreams and chutzpah enough for herself and her beau, Michael York’s less voluble Englishman, Brian Roberts; but their fledgling relationship is complicated by Brian’s sexual ambiguity (cue Helmut Griem’s aristocratic Maximilian von Heune). And then there’s the insidious rise of a certain far right nationalist party stealthily gathering momentum in the background while the good citizens of early ‘30s Berlin blithely go about their business.

Showcasing a career-defining performance from Liza Minnelli and with show-stopping musical numbers and choreography that absolutely dazzle on the big screen, Bob Fosse's hit film influenced scores of filmmakers and remains a milestone of New Hollywood and Queer cinemas. 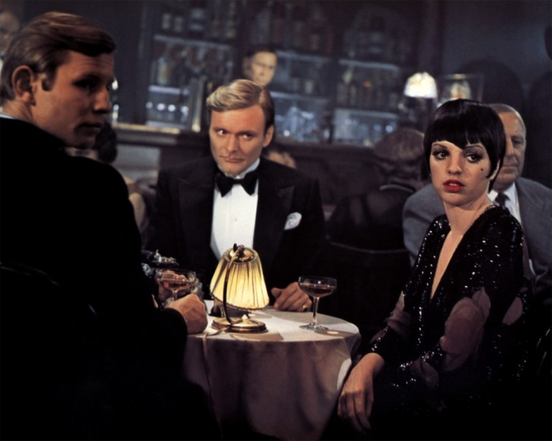