[Grasps] an elusive, sophisticated icon and the mercurial nature of ‘cool'.

Dean Martin was undeniably brilliant, dominating the landscape of popular culture for decades. He was a master of improvisation, a giant of comedic timing, a movie star, consummately elegant and one of the smoothest crooners of the 20th century. Tom Donahue’s multi-layered portrait of Martin – born Dino Crocetti in 1917 to first generation Italian Americans who moved to Steubenville, Ohio from Abruzzo, Italy – explores the nature of Martin’s talent and his enduring cultural relevance as a one-of-a-kind ‘King of Cool’.

Donahue’s expansive film charts a course through Dean Martin’s breathtakingly versatile career, from his early years performing with bands in the Swing era, his career-defining show business partnership with Jerry Lewis, the move to Hollywood on the back of a lucrative contract with Paramount and the 16 Martin-Lewis films that followed, the acrimonious split with Lewis and move into ‘serious’ Hollywood films – Montgomery Clift and Marlon Brando insisted Martin be cast alongside them in The Young Lions (1958) – all before his ascension to ‘the apex of nightclub culture’ as a member of the Rat Pack alongside Frank Sinatra and Sammy Davis Jr. at The Sands in Las Vegas and the record-breaking, decade-long television career that followed as the charismatic host of The Dean Martin Show, which featured a roster of guests from Orson Welles to musical and comedic talents including Peggy Lee and Dom DeLuise. 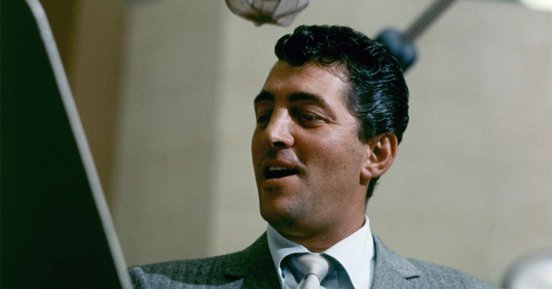