Haute Couture is just like one of the Dior gowns it depicts: perfectly measured, exquisitely detailed, intelligently structured, and above all, breathtakingly beautiful.

Esther (Nathalie Baye) is nearing the end of her exacting but rewarding career as Head Seamstress at the Dior Avenue Montaigne atelier. On the way to work on the Metro, her handbag is stolen by a young woman from the projects, Jade (Lyna Khoudri). When Jade’s friends insist she return the Star of David pendant she finds inside (because they draw the line at stealing religious icons), Jade tracks Esther down at work and pretends to have found her handbag. The flinty, sharp-eyed Esther sees through the ruse, but decides against pressing charges. Instead, she invites the young woman to join her for dinner. Quietly sizing up Jade’s delicate fingers and steely will, Esther offers Jade a rare opportunity to transcend her challenging home life by interning at the workshop.

Director and co-screenwriter Sylvie Ohayon populates the cloistered world of the Dior workshop and the far less rarefied social environment that Jade operates in with a rich ensemble of (mostly) female supporting characters that orbit around Esther and Jade; two women of working-class origin at very different stages in their lives who discover in each other a shared tenacity and drive.

READ: This sharp comedy will change the way you think about fashion
Sandra Hall, SMH, June 2022 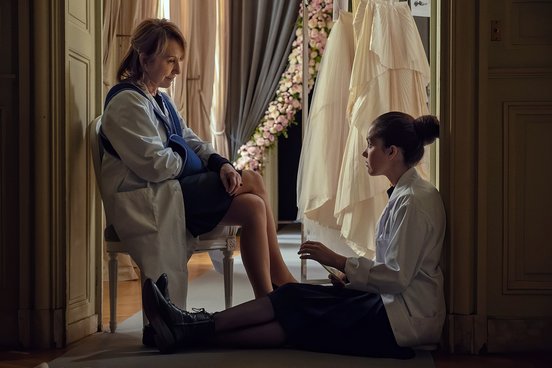