Fellini's loosely autobiographical second feature outing as writer-director is a 'buddy' picture brimming with charm, humour, nostalgia and a rough compassion for its seemingly listless protagonists, each caught in a form of 'failure-to-launch' ennui that renders them both pathetic and endearing. Alberto Sordi is hugely sympathetic in the role of a mamma's – and sister's – boy who realises his bluster and bluff are a poor front for his deeper sense of dissatisfaction. Each of the five 'Vitelloni' – a colloquialism that roughly equates with 'small-town guys', 'loafers' or 'slackers' – represent aspects of Fellini himself: the reflective, quietly ambitious Moraldo, unconscionable gadabout Fausto, literary-minded Leopoldo, clownish Alberto – the actor closest to being a stand-in for Fellini at this time, years before Marcello Mastroianni's arrival on the scene – and the likeable, artistically inclined Riccardo (Fellini's younger sibling in real life).

The film was awarded the Silver Lion at the 1953 Venice Film Festival, confirming Fellini's growing stature as an auteur forging his own path after early collaborations with Roberto Rossellini on screenplays for Rome, Open City (1945) and Paisan (1946). I Vitelloni shows Fellini in complete command of his material as a writer-director working in Italy's post-war realist tradition; a style he would abandon for increasingly baroque flights of fantasy from the 1960s onwards, before achieving a more rigorous surrealism in his masterful, late career film, And The Ship Sails On (E la nave va, 1983).

As Fellini's films became more stylised, many were produced almost entirely within the studios of Rome's Cinecittà. I Vitelloni comes early enough in Fellini's career to employ less stage-managed artifice and makes atmospheric use of location shooting. The evocative seaside exteriors  (shot in Ostia, near Rome) are clearly intended to stand in for Fellini's hometown of Rimini (on Italy's Adriatic coast); the coastal town he left before his twentieth birthday to forge a creative career in Rome.

I Vitelloni marked the second collaboration in what would become a life-long creative partnership with composer Nino Rota, whose lyrical, affecting score subtly expresses the pathos at the heart of Fellini's wistful, comic melodrama. There are glimpses, too, of motifs Fellini would repeat and elaborate throughout his filmography – parade formations, bursts of performative spectacle, including a sequence featuring down-at-heel showgirls as a prelude to the more polished glamour of La dolce vita's nightclub denizens – bittersweet nods to Italy's vaudeville traditions and a well-placed ecclesiastical figure or two.

Fellini earned his fourth Best Screenplay Academy Award nomination for I Vitelloni. He would accrue a total of eight screenwriting Academy Award nominations and four Best Director nominations over the course of his five decade career. In 1993 – he died in October of that year – the Academy, no doubt to atone for their omission, bestowed an honorary award on the director "in recognition of his cinematic accomplishments that have thrilled and entertained audiences worldwide".

READ: I Vitelloni: A Trip to the Station
Tom Piazza, Criterion, Aug 2004 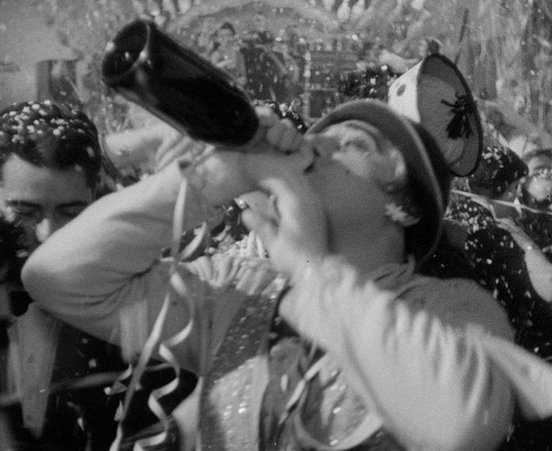