A beguiling love story delicately deranged by the complications of sophisticated comedy.

Wealthy and unmarried, stage actress Anna (Ingrid Bergman) is looking to settle down but there is a scarcity of eligible bachelors in London society. A chance encounter with the handsome financier Philip Adams (Cary Grant) sets sparks flying, but fearing a lengthy commitment, Philip pretends to be a married man (albeit a separated one). Undeterred, Anna embarks upon an ‘affair’ with Philip, and the two enjoy a sophisticated romance. When she discovers Philip’s ruse, the heartbroken Anna decides to teach him a lesson.

After they created movie magic with Alfred Hitchcock in his 1946 classic Notorious, Bergman and Grant proved with Indiscreet that their on-screen chemistry had not dimmed in the slightest. Friends off-screen for many years, the pair's rapport is immediately apparent.

READ: Cary Grant’s turn in the 1950s romcom Indiscreet is a lesson in effortlessness
Philippa Snow, The New Statesman, Apr 2021 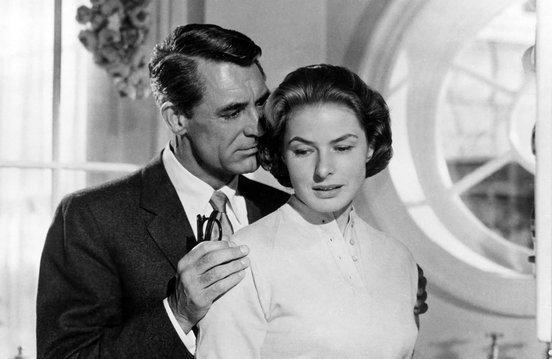