Juliet of the Spirits

Juliet of the Spirits Trailer by Cult Films

Remains a timeless, major work of a master.

Fellini's first Technicolor feature film, directed in 1965, plays like a woman's own 8 1/2, Fellini's (luminously black and white) fantasy-confessional film from 1963. In Juliet of the Spirits – the Yin to 8 1/2's Yang – Giulietta Masina's Juliet squares the psychic ledger by surrendering to reveries in which she relives formative experiences as she confronts the painful realisation that her husband, Giorgio (Mario Pisu), an urbane PR man-about-town, is a faithless, gaslighting adulterer.

Self-styled mystics, celebrity clairvoyants and fantastical spirits aside, Juliet is surrounded by women who variously hinder and aid her quest towards self-discovery; Juliet's impossibly glamorous, imperious mother (Caterina Boratto) and fashionable sisters, Adele (Luisa della Noce) and Sylva (starlet Sylva Koscina) seem like archetypes in a ready-made Cinderella scenario except that they are demonstrably loving and tender. Adele, in particular, is determined that Juliet not continue making excuses for her husband. A spirit conjured during a seance insists that Juliet look to her voluptuous neighbour, Suzy (Sandra Milo) as her spiritual guide, but Juliet resists Suzy's entreaties to indulge in hedonistic abandonment. For all the lotharios in Juliet's midst – and there's a few! – it's touching that arguably the most progressive male character in the film turns out to be the spirit of her long-departed grandfather, Professor De Flippis (Lou Gilbert); an unapologetic non-conformist who rejects the more punitive, self-effacing aspects of Catholicism to embrace a life of the senses that Juliet's hard-wired propriety makes difficult in her own life.

Fellini considered Juliet of the Spirits a valentine to Masina – the two married in 1943 – and marked Masina's on-screen return to her husband's films after an absence of eight years since roles in earlier films by Fellini including La Strada (1954) and her highly acclaimed breakout role in Nights of Cabiria (Le notti di Cabiria, 1957), in which she reprised the character of a resolutely good-hearted sex worker first spied in a memorable cameo in Fellini's The White Sheik (Lo sceicco bianco, 1952).

Despite academic Peter Bondanella* making the case that Juliet of the Spirits is “one of the first post-war European films to espouse the cause of women’s liberation” – which, in a superficial sense, it may indeed appear to do – Fellini's highly stylised evocation of the fantasy life of a conflicted female protagonist also contains its fair share of contradictions, not the least of which include the casting of Sandra Milo – Fellini's mistress (an open secret) from the time he cast her in 8 1/2 – in the role of a pneumatic would-be 'spiritual' guide. Fascinatingly, he and Masina diverged on their interpretations of the closing scene of the film; only the director perceived in Juliet's final actions a triumphant embrace of freedom.

Juliet of the Spirits reunited Fellini with frequent collaborator, Piero Gherardi, who received Academy Award nominations for both Art Direction and Costume Design, having twice before won the Best Costume Academy Award – and been nominated in the category of Best Art Direction – for his iconic work in La dolce vita and 8 1/2. Leading post-war cinematographer Gianni Di Venanzo (who died prematurely, in 1966), known for his black and white work on films by Michelangelo Antonioni (Le amiche, L'eclisse) and Francesco Rosi (Salvatore Giuliano ) – and, of course, Fellini's 8 1/2 – used Technicolor to stunning effect after Fellini's initial foray into colour in his contribution to the episodic compilation film, Boccaccio '70 (1962). Nino Rota – the Italian composer who became synonymous with Fellini - contributed a jaunty score attuned to the film's carnivalesque elements. Giulietta Masina received her only David di Donatello Best Actress Award for her performance and the film was awarded the New York Film Critics' Circle prize for Best Foreign Language Film. 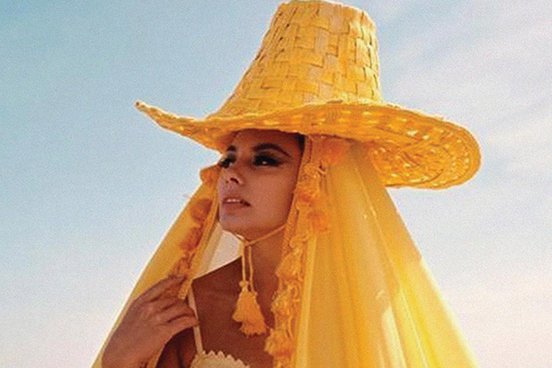