Love Me or Leave Me

Doris Day shines in a fictionalised account of singer Ruth Etting's tumultuous life with her manager and husband (James Cagney).

Love Me or Leave Me Trailer by warnerarchive

A rich canvas of the Roaring 20s with gutsy and excellent performances.

Chicago, 1920s: Ruth Etting (Doris Day) dreams of breaking into showbusiness, but is trapped dancing for dimes in a dive nightclub whilst fending off over-familiar customers. When the aggressive smalltime gangster Martin “The Gimp” Snyder (James Cagney) offers Ruth a chance to perform at one of his clubs, the spunky singer accepts the career opportunity but struggles to keep his romantic advances at bay.

As Ruth’s star soars, Snyder’s heavy-handed management of her career and life begins to threaten her chance at independence, and true happiness with another.

While Day was still a few years away from an Academy Award win for Pillow Talk (1959), Love Me or Leave Me was a chance for Day to upend expectations with her dramatic turn as the gritty Ruth. Writing for Film Comment, Sheila O'Malley notes that "while James Cagney and Doris Day both give tour de force performances, it’s a career best for Day."

Notably more cynical than other MGM musicals, Love Me or Leave Me is a magnetic portrayal of the darker side of showbusiness. Our screenings coincide with what would have been Doris Day's 100th birthday on April 3. 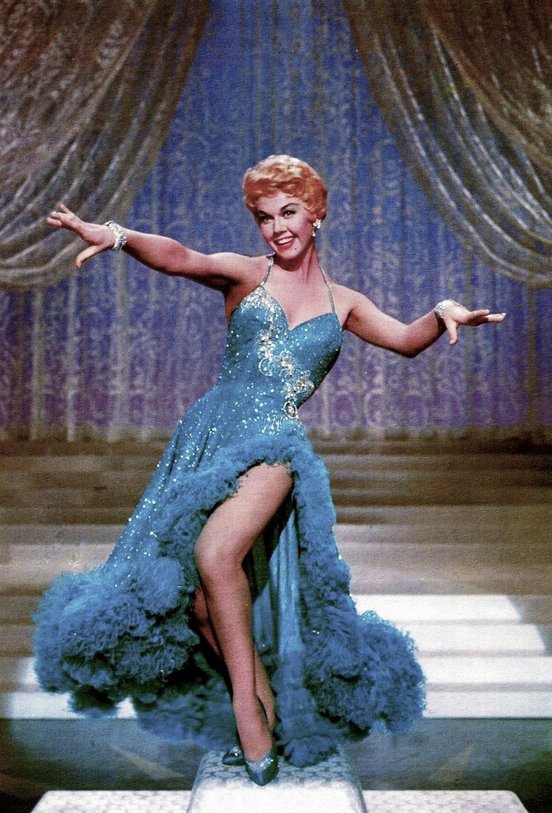