Nobody Has to Know

Belgian actor-writer Bouli Lanners and co-star Michelle Fairley (Game of Thrones) bring tenderness and emotion to their roles as secretive lovers on the windswept Scottish isles.

The first English-language feature from Bouli Lanners is a hushed but warm-blooded love story with several unexpected twists.

Philippe Haubin, (Bouli Lanners), a middle-aged farmhand working on a remote Scottish island, suffers amnesia following a stroke. A local woman, Millie (Game of Thrones’ Lady Stark, Michelle Fairley) – the daughter of the flinty farmer who employs Phil – takes an interest in helping him readjust to life on the island after he is discharged from hospital in Inverness. Phil scrutinises his mobile phone, the tattoos on his body and photos of a deceased mother and estranged brother for clues to his former identity. Millie helps fill in some of the gaps and eventually reveals the nature of their own relationship before Phil’s medical emergency; an admission that Phil accepts at face value but that provokes anguish and doubt in Millie, given Phil’s fragile state of health.

Belgian actor-writer-director Bouli Lanners (The Giants) has crafted a layered, affecting story centred on two middle-aged, self-contained characters keen to embrace life despite their seeming reticence, set against a spare, forbidding environment with beauty enough for those who can see it.

Experience ACMI in the very best way. Get a range of discounts and invitations to exclusive previews. Membership is free to Concession Card holders. 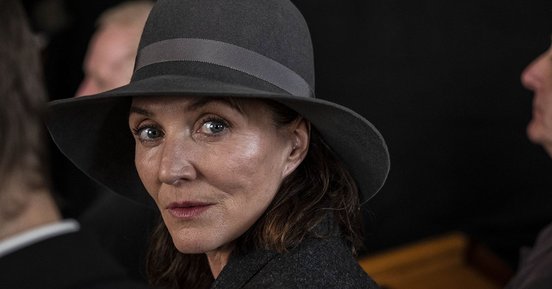