Portrait Of A Lady On Fire

An 18th-century painter and her reluctant subject experience a romantic awakening in Céline Sciamma’s intricate and unforgettable masterpiece.

Portrait of a Lady on Fire - Official Trailer by Madman Films

A film that truly earns the term exquisite.

Portrait artist Marianne (Noémie Merlant) arrives on an isolated and windswept island in Brittany to undertake an unusual commission – she is to paint a wedding portrait of a young bride-to-be, without the latter’s knowledge.

Posing as a walking companion, Marianne slowly befriends the defiant and beautiful Héloïse (Adèle Haenel), who has spurned the efforts of previous artists by refusing to pose for a portrait that will facilitate her marriage to a stranger.

Gradually, and with exquisite tension, the two women are drawn to one another as they remain blissfully, if temporarily, cut off from the rest of the world.

Cinematographer Claire Mathon beautifully captures the windswept costal backdrops of Marianne and Héloïse’s daily walks, and Sciamma’s choice to limit the score only adds further emotional impact to the use of Vivaldi’s Four Seasons in an unforgettable final scene.

Winner of the Best Screenplay and Queer Palm awards upon its debut at Cannes 2019, Portrait of A Lady on Fire has burned itself into the hearts of audiences across the globe. 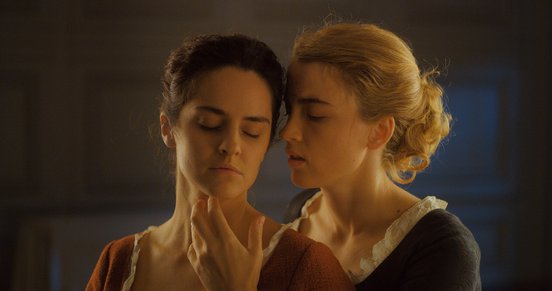 In line with current Government requirements, and to ensure your safety, we have reduced the seating capacity for this season.