The Talk of the Town

The Talk Of The Town funny scene Colman,Grant,Arthur by Remember remember

A smart comedy [that] George Stevens has directed... with the slyness of a first-rate comedy man.

Framed for crimes he did not commit, Leopold Dilg (Cary Grant, uncharacteristically cast as a restless young activist in an opening montage that efficiently sets up his backstory) finds himself on the run to escape a death sentence and ends up seeking refuge at a rented cottage managed by a former crush.

Famed Hollywood director George Stevens deftly shifts gears from crime caper to screwball comedy, while also seamlessly juggling a triangular romance between Grant’s Dilg, Jean Arthur’s irresistible Nora Shelley and Ronald Colman’s cerebral Boston law professor. Indeed, the on-screen rapport and thawing of hostilities between Dilg and Professor Lightcap are foregrounded in such a way they give even Jean Arthur’s Miss Shelley pause, despite ostensibly being the object of both men’s affection.

The second of two films George Stevens directed Cary Grant in, The Talk of Town followed 1941’s Penny Serenade, for which Grant earned an Oscar nomination announced during production of The Talk of the Town. Tapping into the full range of Grant’s talents, Stevens capitalised on Grant’s signature physical grace and easy humour alongside a dramatic depth not always called upon in Grant’s later career. The excellent Jean Arthur, an under-rated and undeservedly ‘forgotten’ star of the era, is a great foil for Grant, matching him beat for beat.

Bosley Crowther’s enthusiastic New York Times review from 1942 referred to Stevens’ “first-rate comedy” credentials, gleaned from Stevens’ early career as a cameraman and ‘gag writer’ for comedy kings, Laurel and Hardy, before the director went on to crown his career with films such as A Place in the Sun, Giant and Shane. 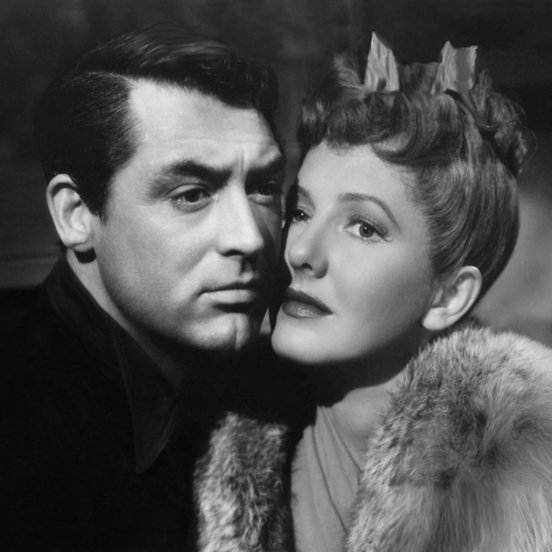