A hugely moving call to arms to fully appreciate life.

Elegant, retired architect Shauna Loszinsky (Fanny Ardant) crosses paths again with Pierre Escande (Poupaud), a married oncologist in his late 40s; a man she met briefly in emotional circumstances fifteen years earlier. The two reconnect, establishing an easy, instant rapport, but Shauna refuses to entertain the prospect of anything more intimate happening between them. A call from Pierre dismantles her defences and Shauna surrenders to a dizzying affair. Pierre has no intention of deceiving his wife Jeanne (de France), but his confession elicits a complicated response from his wife and teenage children and deepens Shauna’s ambivalence about their age difference.

Capturing the thrill, guilt and vulnerability of May-December romance, and inspired by real events drawn from the life of the mother of one of director Carine Tardieu’s closest friends, the late Franco-Icelandic filmmaker, Sólveig Anspach (from whom Tardieu inherited an early version of the film’s screenplay) Tardieu’s emotionally layered film avoids easy sentimentality, empathising equally with close-knit family and friends affected by Shauna and Pierre’s unexpected connection as it does with the film’s unconventional but emotionally authentic central couple. 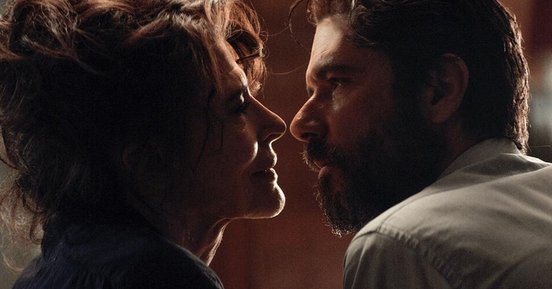