Cinémathèque’s Gillian Armstrong screenings will be repeated twice weekly in ACMI Cinema 2 to accommodate the large Cinémathèque audience, as ACMI Cinema 1 is currently closed due to urgent building works. Please double check the calendar to find out which night the extra screening is taking place. We apologise for any inconvenience and look forward to welcoming Cinémathèque members back to the ACMI Cinemas.

Jo Kennedy’s debut role as an energetic singer who spends her days working behind a bar, entertaining dreams of becoming a big star. Fully embracing the category of the Australian rock musical inspired by the fantasies of classical Hollywood – with a kitschy punk twist – Armstrong’s sophomore feature remains one of her most undervalued films. Armstrong embraces the spectacle of the genre, with dazzling choreography, location cinematography around Sydney Harbour, and a soundtrack by The Swingers and Tim Finn of Split Enz.

Starstruck - 1982 - US Trailer - HQ by Musicalsundmehr

Wildflowers: dancing, desire and freedom in the films of Gillian Armstrong

One of Australia’s most successful and important directors, Gillian Armstrong (1950– ) has built a significant profile as a filmmaker in her home country, in addition to maintaining a career internationally. Entering the industry in the 1970s, Armstrong was more than just an important part of the Australian cinema revival – with My Brilliant Career in 1979 she was the first woman to direct a 35mm feature film in Australia for over four decades... 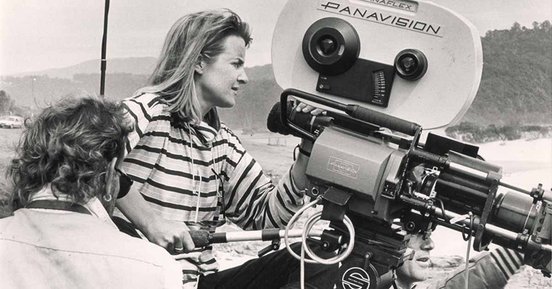