Before the Australian New Wave, there was Giorgio Mangiamele – and this 1965 multi-AFI-Award-winning film is a testament to the Italian-born director’s talents.

Born in Sicily, Mangiamele arrived in 1952 in Melbourne, where he worked in a small photography studio on Rathdowne Street and made short films centred on the migrant experience – one of a handful of loosely associated filmmakers known as the ‘Carlton ripple’. Clay, his first completed feature, was shot at the Montsalvat artists’ colony in Eltham and tells the story of Nick, a criminal on the run who becomes an object of fascination for young sculptor Margot, who shelters him.

The third Australian title ever selected to compete at Cannes, Clay was self-financed by Mangiamele, who mortgaged his own home to complete the project, and struggled to find a commercial release locally. It went largely forgotten and unseen until its 2011 restoration by the NFSA (which was screened at that year’s MIFF). Drawing on a range of inspirations, from Italian neorealism to French impressionism, the film reveals Mangiamele as an expressive, poetic crafter of images, with a style unprecedented in Australia at its time.

Mangiamele’s story is not just about his films but also that of a human struggle for personal identity and recognition of cultural diversity.

An Italian-Australian paperboy navigates a xenophobic society in this neorealist-style 1962 short.

A pioneering work by Melbourne filmmaker Giorgio Mangiamele (Clay, MIFF 1965), The Spag centres on young Giovannino, who sells newspapers and cares for his widowed mother while enduring the daily taunts of those who are determined that he remain an outsider. 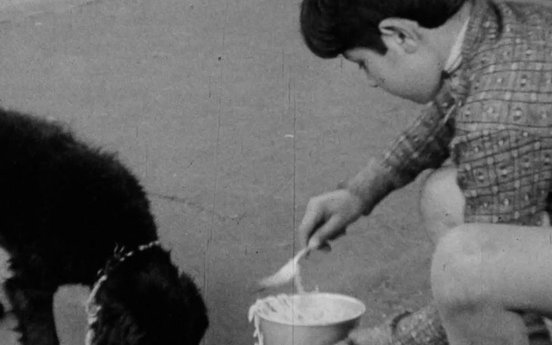 More films in the MIFF 70 program