A triptych of short films that consider singular examples of architecture, from the domestic to the monumental in scale – The Dome, Thousand Cypresses – and how these intersect with nature, to a film in which nature itself assumes architectural form in Trojan Women.

An inscrutable child leads us across a rocky outcrop beside turquoise waters to a futuristic house, abandoned now, set against the wild scenery of Sardinia's Costa Paradiso. The home, we'll soon learn, was built in the early 1970s, and designed by the architect Dante Bini for film director Michelangelo Antonioni and actress Monica Vitti, then a couple. Built as a holiday home, it is in a state of pitiful decline despite passionate calls for its restoration.

Director Volker Sattel visually explores every curved architectural detail of this singular building. His film traces the home's history through the narrative voice and memories of Giuseppina Isetta, who knew the inhabitants and remembers the gregarious lunches shared by Bini, the builders and artisans and very often with Antonioni too (he was on site for most of the build) as they worked on the island during construction. Not for Antonioni and Vitti the chic beach resorts of Porto Cervo or Porto Rotonda, Giuseppina recounts. They preferred the seclusion and remoteness of La Cupola. 'The Dome' owes its existence to the innovative Binishell technique, still in use, invented by and named after Bini, which consists of a single sheet of reinforced concrete, inflated and raised internally by means of compressed air.

In a single night in October 2018, Storm Vaia felled tens of thousands of hectares of trees in the Triveneto mountain region of northeastern Italy, with wind gusts over 200 kph cutting a destructive swathe across the regions of Trentino-Alto Adige, Veneto, and Friuli-Venezia Giulia. In Carnia, one of the most devastated areas in Friuli's north-west, 400 of the uprooted trees were recovered to gain a second life. Stefano Santamato's prize-winning short film visually recounts their journey from Friuli to the Greek Theatre of Siracusa, in Sicily, following them over a 1,500 kilometre journey to become part of a stage set designed by architect Stefano Boeri for an outdoor production of Euripides' The Trojan Women as testament to "art and design [being] an instrument of awareness-raising and knowledge". Winner of the Venice Architecture Short Film Festival 2020. 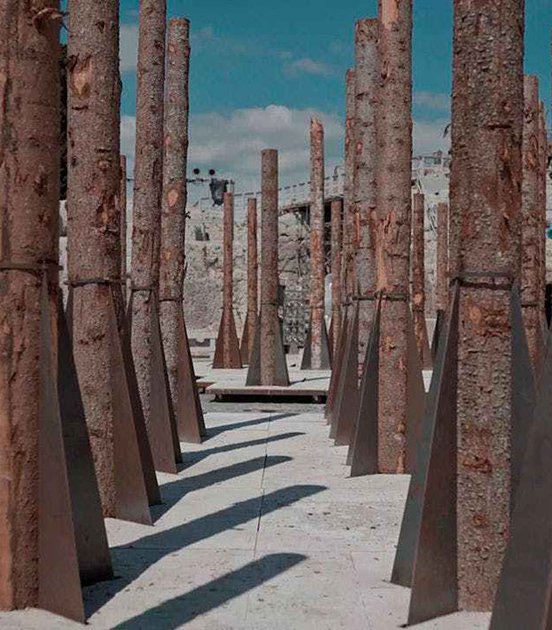 An unseen female narrator acts as our guide in a visit to Brion Cemetery and Sanctuary, a private mausoleum and masterpiece of modernist architecture designed by architect Carlo Scarpa between 1968 and 1978. Commissioned by Onorina Tomasi Brion to honour the memory of her late husband, Giuseppe Brion, founder of electronics company Brionvega, the complex is located in the small cemetery of San Vito, in the hamlet of Altivole, in the province of Treviso. The protagonist in Ferri's short film wanders the complex, observing the meticulously crafted elements in the design by the Venetian architect, commissioned as a private extension to the municipal cemetery and completed before Scarpa's accidental death in Japan (a country which greatly influenced his own aesthetic) in 1978. Fittingly, Scarpa too is buried at Brion, "standing up" as The New York Times reported, "as per his instructions, wrapped, like a medieval warrior, in simple white linen sheets". 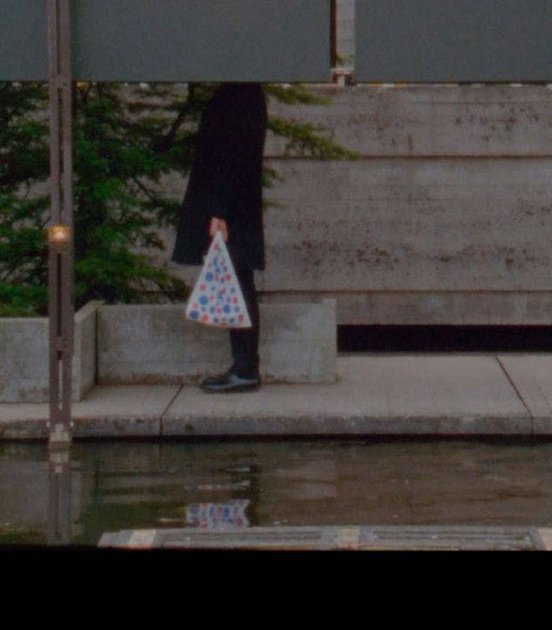