The Importance of Being an Architect

The Importance of Being an Architect - Trailer - English version by MYBOSSWAS

Fresh from its world premiere as the opening night film of the Milano Design Film Festival in Milan last October (2021), The Importance of being an Architect is a documentary film that – despite the lofty title whose nuance may be lost a little in translation – cares deeply about the profound social, aesthetic and ecological responsibilities the profession demands of its best practitioners. Its key subjects are Antonio Citterio, one of Italy's best-known designers, and Patricia Viel, co-founders of Milan-based architecture film ACPV.

Alongside their informed and engaging commentary, Giorgio Ferrero and Federico Biasin assemble a range of voices from the worlds of fashion, art and design as well as Citterio and Viel's partners and key creative collaborators – Anna Zegna and Silvio Ursini among these – to reflect on projects ACPV have realised in locations from Milan, Rome and Miami, to London, Hamburg and Taichung City, Taiwan. Sustainability, future-proofing and modes of consumption become recurring themes in conversations around visions of a post-COVID world grappling with a climate crisis. Choosing optimism over defeatism, Citterio and Viel continue to envision and champion the potential for architecture to play a positive and defining role in an 'armistice' between nature and the form and function of urban environments of the near future.

The 10.30 am 21 May session of The Importance of Being an Architect will be followed by an in-cinema panel discussion. Featured panellists include Professor Martyn Hook, Dean, School of Architecture and Urban Design, RMIT University and a director of Iredale Pedersen Hook architects; Mauro Baracco, architect and a director of Baracco + Wright Architects (B+W); RMIT University lecturer, Amy Muir, director of MUIR and immediate past Victorian President of the Australian Institute of Architects; and Iva Foschia, founder, principal and lead architect at IF Architecture, RMIT Graduate.

This session is co-presented by RMIT University.

SPECIAL OFFER: Present your ticket at the HERO coffee cart from 10am to redeem your free coffee!

The subject of this evocative short film by Stefano De Felici is the Milanese thoroughfare of Melchiorre Gioia, a district that has seen its horizon dramatically altered by skyscrapers in recent years. A new skyscraper stands out among other multi-storey buildings with reflective surfaces, symbols of Milan’s new skyline. A protester, activist/protagonist Carlo, climbs a crane, issuing a wordless challenge to the concrete and glass towers of world finance. His act of civil disobedience at a height of 150 metres forces passers-by to look up for a few moments to reflect on the humanist message Carlo unfurls in the blue sky above them.

Screens with The Importance of Being an Architect, Thursday 19 May, 6.30pm 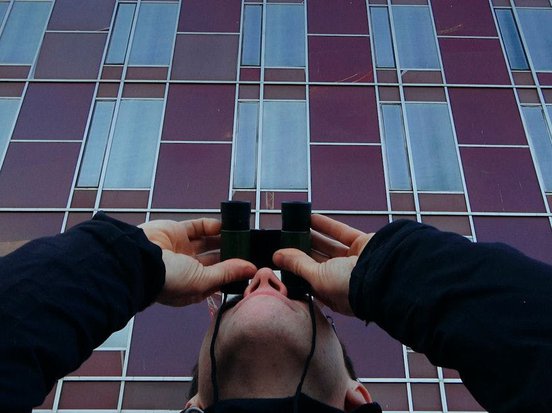