They say the best camera is the one that's with you. Join Max Schleser to zoom in on the growing community of smartphone filmmaking.

In this showcase and talk, we will explore the latest directions and developments in smartphone filmmaking. Learn about the apps, tools and workflows necessary to shoot your film and edit on the fly and submit your finished work to the MINA (Mobile Innovation Network and Association) smartphone film festival.

MINA is the longest running film festival in the Southern Hemisphere dedicated to mobile and smartphone filmmaking with a focus on moving-image arts, documentary, community engaged storytelling, experimental screen production and emerging media, such as drone videos, AR and Mobile Cinematic VR.

Since 1966 Swinburne Film and Television has been known as a high profile, progressive and innovative program. Associate Professor Max Schleser will provide an overview of the New Voices: Next Generation smartphone filmmakers program – a category for young and emerging filmmakers that explores the creative potential of new storytelling forms and formats. As part of this showcase, Max Schleser will screen some inspirational smartphone films by Swinburne’s Bachelor of Film and Television and Bachelor of Screen Production students.

Associate Professor Max Schleser is Associate Professor in Film and Television, and Researcher in the Centre for Transformative Media Technologies (CTMT) at Swinburne University of Technology (Melbourne, Australia). He is an Adobe Education Leader, an award-winning filmmaker, Founder of the Mobile Innovation Network & Association and Screening Director of the International Mobile Innovation Screening & Smartphone Film Festival. His monograph Smartphone Filmmaking: Theory and Practice was published in 2021 with Bloomsbury. 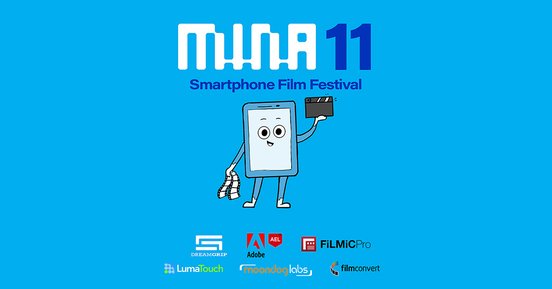