Seven members of the public are invited to meet themselves in a revelatory acting workshop, in Gillian Wearing’s documentary, artwork and social experiment.

In 2010, for her debut-feature, Turner-Prize winning artist Gillian Wearing posted a callout for non-actors to audition for a role in an unnamed film. Seven participants were selected, and the film began as soon as they walked through the rehearsal room door.

Self Made follows the journeys of these seven ordinary people through a series of method acting workshops led by seasoned acting coach Sam Rumbelow. The workshops are raw investigations into the participants’ memories. Their most hidden, personal truths are unravelled, and worked into the performance of a final 'end' scene.

In an approach familiar to audiences of Joshua Oppenheimer's The Act of Killing (2012), Gillian Wearing blurs the mechanics of ‘theatre’ into what would otherwise read as a deeply confessional exercise. It could be reality TV, but it’s stripped of sensationalism because her subjects have agency. They choose the masks they wear or reveal. Probing and revelatory, Self Made takes Wearing's fascination with the intersection of the public and the private to its most intimate extension and the resulting work is a series of dramatic portraits by one of the great photographers and video artists of our time.

Self Made is presented in association with PHOTO 2022 International Festival of Photography and screens alongside Gillian Wearing: Editing Life, showing in Gallery 3.

British Artist Gillian Wearing turns the lens on herself in this exploration of memory and mortality. 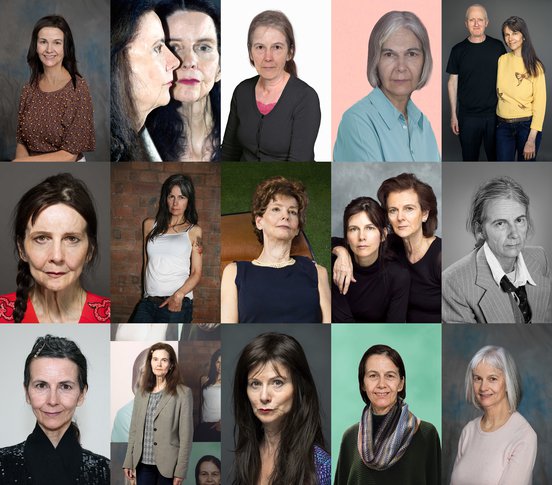