An ambitious, young Saudi doctor defies expectations by running for her local council in Haifaa Al-Mansour's tale of family and sisterhood that blends sharp social observations with a rousing hero’s journey.

The Perfect Candidate is fiery and headstrong, and instantly gets you on its side. ****

Haifaa Al-Mansour burst onto the international film scene with the award-winning Wadjda (2014). Credited as the first female Saudi filmmaker to direct a feature film; since her debut, Al-Mansour has enjoyed a busy directorial slate across television and the feature films, Mary Shelley (2017) and Nappily Ever After (2018) for Netflix.

For her fourth film, Al-Mansour returns to Saudi Arabia to tell the story of a young doctor who defies expectations by running for her local council. Like Wadjda, this film centers the action on the lives of its female protagonists to tell a broader story of contemporary Saudi life.

Maryam (Mila Al Zahrani) is a dedicated and ambitious young doctor who lives at home with her two sisters and her father. En route to a medical conference, her travel plans are thwarted which leads her down an unlikely political path. As Maryam and her sisters’ hit the candidate trail, Al-Mansour uses this backdrop to paint a portrait of this tightknit family and the wider world they inhabit. With terrific performances throughout, lively musical set pieces and just a hint of potential romance, The Perfect Candidate speaks to the specificity of place whilst offering a universal message about family, dreams and the power of sisterhood. 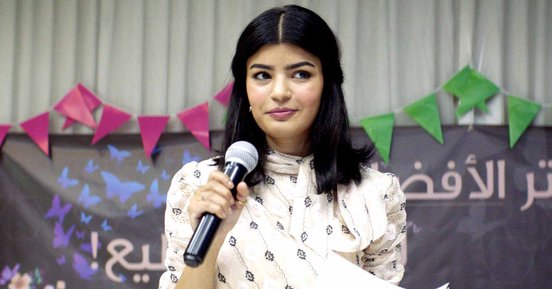