Chaos, Antiheroes and Chickens: Werner Herzog in the 1970s

This week we’re showcasing the uncompromising, singular cinema of Werner Herzog. Our program includes two of Herzog’s iconic features from the 1970s, Even Dwarfs Started Small (1970) and Stroszek (1977), and highlights the director’s penchant for unlikely antiheroes, impossibile dreams and the chaos of life and nature.

Infamously getting his start in filmmaking by stealing a 35mm film camera from the Munich Film School, Herzog rose to international prominence in the early 1970s alongside his fellow directors of the New German Cinema such as Wim Wenders, Alexander Kluge and Rainer Werner Fassbinder. Nevertheless, throughout his career Herzog has transcended his German roots, creating a transnational cinema that traverses time, space, place and cultures, and that consistently draws attention to the chaotic absurdity of humankind, nature and dreams alike.

The two features programmed this week, Even Dwarfs Started Small and Stroszek, fully embody and embrace the anarchic glory and ultimate despair that have coloured Herzog’s entire filmography. Both films focus on an unlikely group of antiheroes that rebel against the confines of the societies and communities they find themselves in, and whose lives are fueled by the blind hope of creating a better life. In our supplements we’ve included a short interview with Herzog in which he details a notorious on-set escapade that took place during the filming of Even Dwarfs Started Small. Also featured is an interview with Herzog conducted at the Red Bull Music Academy in which he discusses his use of place and the reasoning behind his prominent placement of chickens in Stroszek and elsewhere in his filmography.

This is the last Virtual Cinémathèque program for 2021. The Melbourne Cinémathèque will return to cinemas from Wednesday 8 December with their season Jean Cocteau: The Poetry of Dreams . 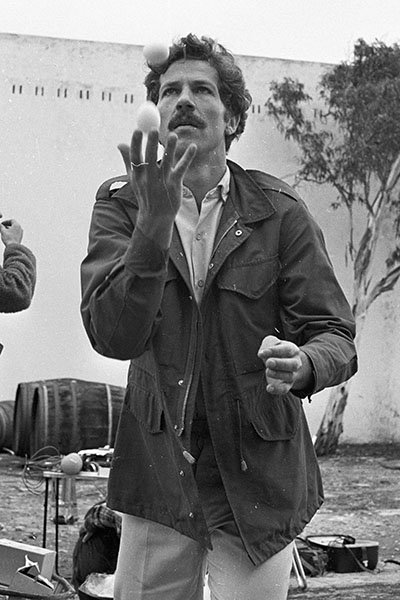