Ahead of Halloween, we highlight the work of maverick Canadian director David Cronenberg with a focus on two of his most provocative, disturbing, celebrated and stylish films: Dead Ringers (1988) and A Dangerous Method (2011).

Frequently cited as the progenitor of body horror, the fiercely independent filmmaker has built a body of work that challenges all notions of order and control.

Since the beginning of his professional feature-film career with Shivers in 1975, Cronenberg has surprised and challenged audiences with each new release. Often fetid and difficult to define, his films range across various genres, tones and sensibilities, from arthouse to cult to commercial to somewhere in between. At each turn, Cronenberg finds new ways to confront his characters’ depravities and obsessions, as well as the fragility and porousness of their own minds and bodies.

Cronenberg’s earlier works such as Videodrome (1983) illustrate his vision of technology as a mode of human expression. He also commonly returns to a portrait of virtual worlds seen as promised lands compromised by our desire to build them in our own image. Throughout his oeuvre, parasites, disease and psychological trauma gnaw at people until they are devastated and transformed into something less (or more) than human.

In his later work such as Eastern Promises (2007), Cronenberg responds to the social disconnect between classes as well as the troubling centrality of violence to society. Characters lie about their identity, disassociate with the material and attempt to engage with those outside of their own worlds. His work depicts a humanity that is volatile and incapable of stability. Widely celebrated by many critics, his works have been nominated for the Palme d’Or on five occasions, with his controversial film Crash (1996) winning the Jury Special Prize. 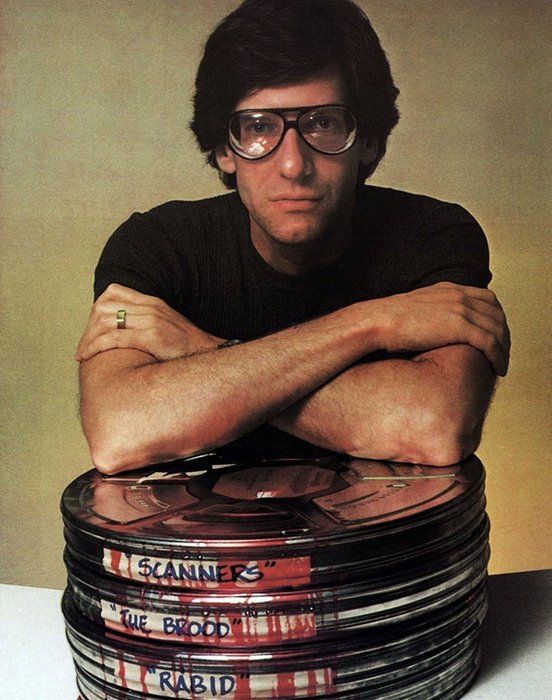