For more than 25 years, documentary cinematographer Kirsten Johnson’s gaze has shaped some of the most awarded American documentaries of recent memory, including Fahrenheit 9/11, The Invisible War and Citizenfour for Laura Poitras.

In directing her feature, Cameraperson, Johnson said “I started the film from thinking about what had stayed with me and troubled me. They were images of terrible violence, questioning whose bodies get shown – often the bodies of the poor, and of brown people – and whose right it is to show those bodies. What are the ethics of working to create indelible images? Those are images that, by definition, scar people, and that’s what I’m being asked to do.”

Interwoven amongst the potent images of life inside warzones and their aftermath are intimate moments, recording Johnson closer to home; tending to her children and grappling with her mother’s mortality. Johnson collages these moments to mirror human memory and in doing so offers a wholly unique of documentary cinema that examines the thorny relationship between image-makers, subjects and the audience.

Cameraperson is available to stream on Apple TV, Google Play and YouTube.

Watching the watchers: how Cameraperson enriches the act of filming
So Mayer, BFI, January 2020 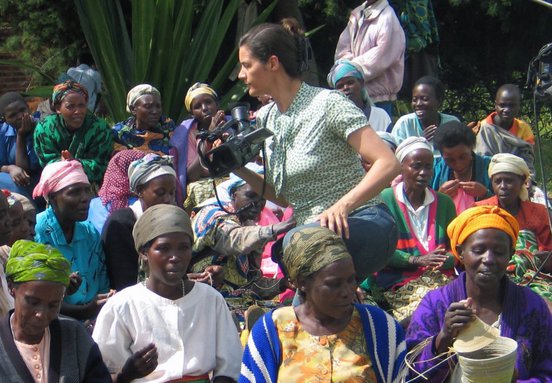