A witty, surreal docu-fantasia about Maddin's hometown Winnipeg, a snowbound landscape from which there is seemingly no escape.

My Winnipeg Trailer by IFCFirstTake

A haunting phantasmagoria of a film – comic, singular, surreal.

Commissioned by the Documentary Channel, My Winnipeg offered Guy Maddin a chance to direct a documentary (of sorts) and fulfil his increasing desire to mythologise the landlocked, sub-zero-temperature prairie town.

Based on memory, civic records and lashings of bold artistic license, Maddin crafts a visual portrait of his home – the womb – the psyche – that is both thigh-slappingly funny and emotionally charged.

Meshing documentary, recreation and narrative elements, Maddin's city-symphony movie employs a head-spinning number of formats (from Hi-8 to 16mm) which give a dreamily schizophrenic look and feel, but one that is unmistakeably stamped "Maddin".

My Winnipeg was an international hit that proved something of a cross-over for the director. This final chapter in the "Me Trilogy" (including Cowards Bend the Knee and Brand Upon the Brain) was first presented as a live silent film, with Maddin performing narration.

When ACMI presented a full retrospective on Guy Maddin in 2012, the director very kindly sent an updated version of his Village Voice article; 'Very Lush and Full of Ostriches'. In this piece, Maddin offered the reader alternate reviews of each of his films, crafting a text of extraordinary flair and self-deprecation. He’s what Maddin had to say about My Winnipeg:

"Maddin was commissioned by Canada’s The Documentary Channel to make this portrait of his hometown. Back in Canada, debate over whether the resultant picture was a documentary or not was virulent enough to sink the channel. My Winnipeg is a documentary, just not necessarily about Winnipeg, but about one Winnipegger’s atrabilious state of mind, about his shredded-but-still-throbbing heart, a heart whose longings, regrets and sad hopes were cleverly configured to resemble the same throbs wracking the bosoms of citizens round the world. This universalising strategy paid off, making My Winnipeg easily Maddin’s most popular movie."

Some sexual references and nudity

My Winnipeg is streaming on DocPlay. We're excited to partner with this curated documentary platform to bring you a special offer to access their service free for 70 days. Head to docplay.com/discount and enter code ACMIDOCPLAY70 to make a free account and unlock this offer. 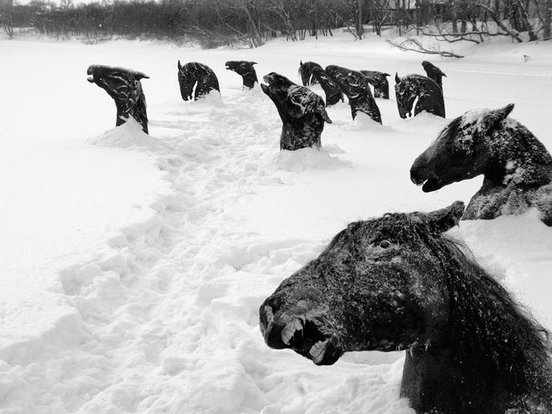