Masters in the Museum

A fascinating essay and meditation on art, history and humanity's idea of itself

After working on his most recent film, director Alexander Sokurov – appearing in Francofonia as a mostly unseen narrator – has returned home to Russia. An acquaintance of his has embarked on a perilous journey transporting art in shipping containers across dangerous seas. In between their video calls, which drop out as the conditions get more violent, Sokurov takes us to the empty halls of the Louvre reminding us of its history, its own acquisitions dangerously shipped — and sometimes lost — at sea, and of a moment in history when its collection was in its gravest jeopardy.

As it was released thirteen years after Sokurov’s hugely triumphant Russian Ark – a masterfully orchestrated, single-tracking-shot journey through St Petersburg’s Hermitage Museum – it might have been easy to expect a similar trip through the Louvre in Francofonia. And while there’s a similarly hallucinatory quality imbuing this film, it’s constructed in a completely different way.

Sokurov’s quasi-docu-collage brilliantly pieces together newsreel footage, dramatic re-enactments, Skype video, drone footage and still photography into a dreamlike piece that reveals the Louvre’s long and complex life story. And through this life story, we’re reminded that art is the currency of empires, museums are their banks, and the Louvre is a beautiful embarrassment of riches. 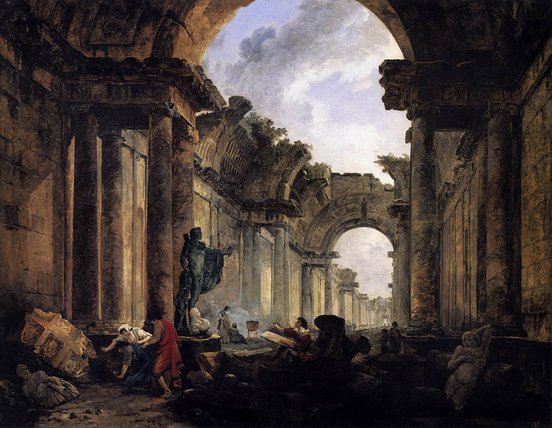