Along the Boulevard de Temple in Paris, heaving with sideshows, peep shows and the Théâtre des Funambules, courtesan Garance crosses paths with three would-be suitors – each real-life fixtures of the infamous stretch in the 1820s.

Upon first glance in the crowded street, Frédérick Lemaître, an exuberant out-of-work actor, latches on to Gerance declaring his easily-dispensed love. Pierre-François Lacenaire, a petty thief-cum-murderer-in-the-making, keeps her in his romantically detached orbit. And Baptiste Deburau, a downtrodden mime lurking in the periphery of the Théâtre des Funambules, falls deeply in love with her after a street performance that saves her from being arrested.

Born out of the restrictions of the time – historical films were allowed by the Nazis – Marcel Carné’s 1945 film was grandly produced during the German occupation of France. A heartfelt love letter to the illusory theatrical arts, the greatest illusions were behind the scenes. Jewish crew members were hidden from authorities and many of the 1000+ extras employed – presumably as the rambunctious crowds on the street and the titular children of paradise watching the shows from the upper levels – were French resistance agents using the production to hide in plain sight.

Children of Paradise is streaming for free on Beamafilm. You'll need to create an account to watch – it’s free, quick and easy. 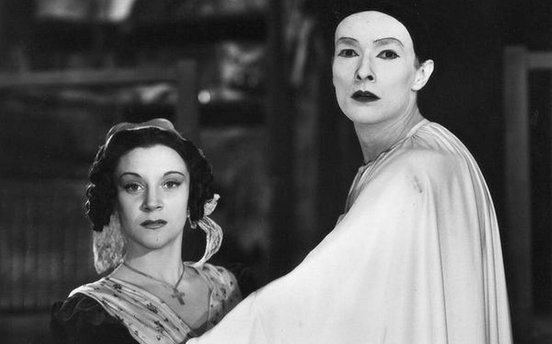