Once Upon a Time in the West

Once upon a time in the West trailer by Valby Kino

Italy's most commercially successful director of the 1960s, Sergio Leone, capitalised on the huge success of his Clint Eastwood-starrer, A Fistful of Dollars (1964) — the film that launched the spaghetti Western cycle with visual innovations including the use of Techniscope — to elevate the genre to its fullest expression in Once Upon a Time in the West (1968).

From the against-type casting of venerable American actor Henry Fonda as a sadistic gunslinger who faces off in the film's climactic scenes against Charles Bronson's Harmonica, to the sublime, soaring score by Ennio Morricone (whose very recent passing we mourn), Sergio Leone's dazzling, cinematic valentine to the Wild West — with exteriors shot on location in Arizona's Monument Valley — stands as one of the most vividly realised widescreen representations of a mythic American frontier.

With a tip of the auteur hat to Visconti (whom the director greatly admired) and with a script co-written by Bernardo Bertolucci that drew inspiration from Nicholas Ray's Johnny Guitar (1954), Leone cast Tunisian-born Italian star Claudia Cardinale, in the only significant female role in his entire Western oeuvre, as a widow who inherits a homestead and whose unbowed character must hold her nerve in an otherwise violent and overwhelmingly masculine universe.

Once Upon a Time in the West screened at ACMI in 2010 as part of Focus on Claudia Cardinale.

Once Upon A Time in the West is streaming for free on SBS On Demand. You'll need to create an account to watch – it’s free, quick and easy.

How Once Upon a Time in the West reflects the social anxiety of 1968
Dan Einav, Little White Lies, 11 March 2018 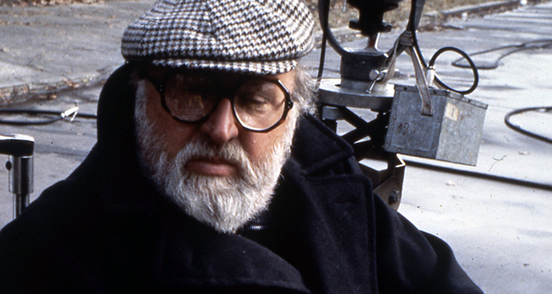