Buster Keaton writes, directs, produces and stars in one of the greatest American films of all time

The legendary comedy set during the Civil War follows Buster Keaton playing a railway engineer whose train, "The General", is stolen by Union soldiers behind Southern lines.

When Keaton's character steals back his train, aided by his well-meaning girlfriend, and pursued by a posse of irate Yankees, hilarious scenes unfold thanks to his amazing use of props, stunts, and the dimensions of the cinematic frame.

A film of scale and detail, The General is deservedly singled-out as one of the greatest works of American cinema.

The General screened at ACMI in 2014 as part of Melbourne Cinémathèque. These are the original notes from that program.

The General is streaming for free on Beamafilm. You'll need to create an account to watch – it’s free, quick and easy. 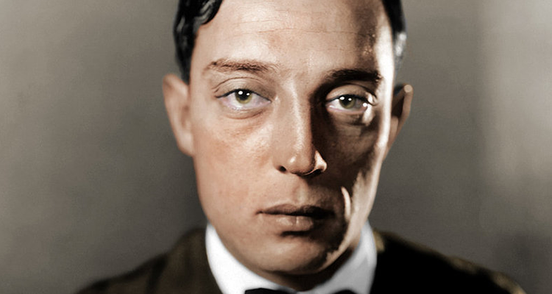