Blue-Tongue Films, Australia’s home of neo-noir, cuts their teeth with brothers Nash and Joel Edgerton taking on a domestic disturbance with disastrous consequences.

The Square - Trailer (US) HD by bluetonguefilms

If there was a force most responsible for the wave of Australian neo-noir kicking off in the naughts, it would be Blue-Tongue Films, the Aussie film collective comprised of – among others – Kieran Darcy-Smith, Luke Doolan, Mirrah Foulkes, David Michôd and Edgerton brothers Nash and Joel. Between their features like Animal Kingdom (2010) and The Magician (2005), and a long catalogue of award-winning shorts, the group’s innate understanding of the rules of the genre mean they’re well-equipped when it comes to subverting them. That’s certainly the case with The Square, directed by Nash, written by Joel and Matthew Dabner, and produced by the pair with Dabner and Louise Smth.

In some aspects a black comedy of errors, it follows Raymond (David Roberts) and Carla (Claire van der Boom) whose ongoing affair has disastrous consequences as seemingly good people make bad decisions. Populated with a who’s who of Aussie day players like Bill Hunter, Anthony Hayes, Damon Herriman and Blue-Tongue boys Darcy-Smith, Doolan and Joel Edgerton filling out the supporting roles, The Square is a nasty lil' domestic thriller. Earmarking the promise of not just the Edgertons as filmmakers but the collective as a whole, it’s an intricate web of deceit, drama and discomfort that manifests in suburban mayhem. 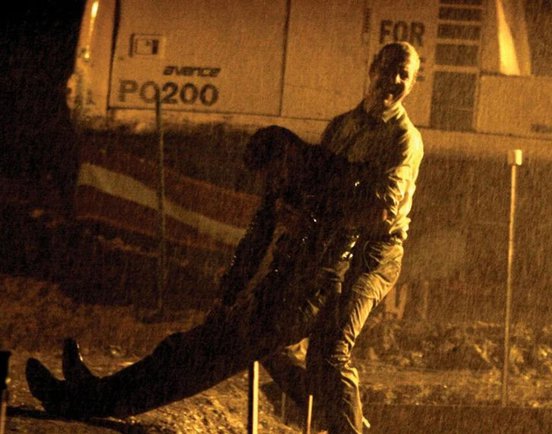