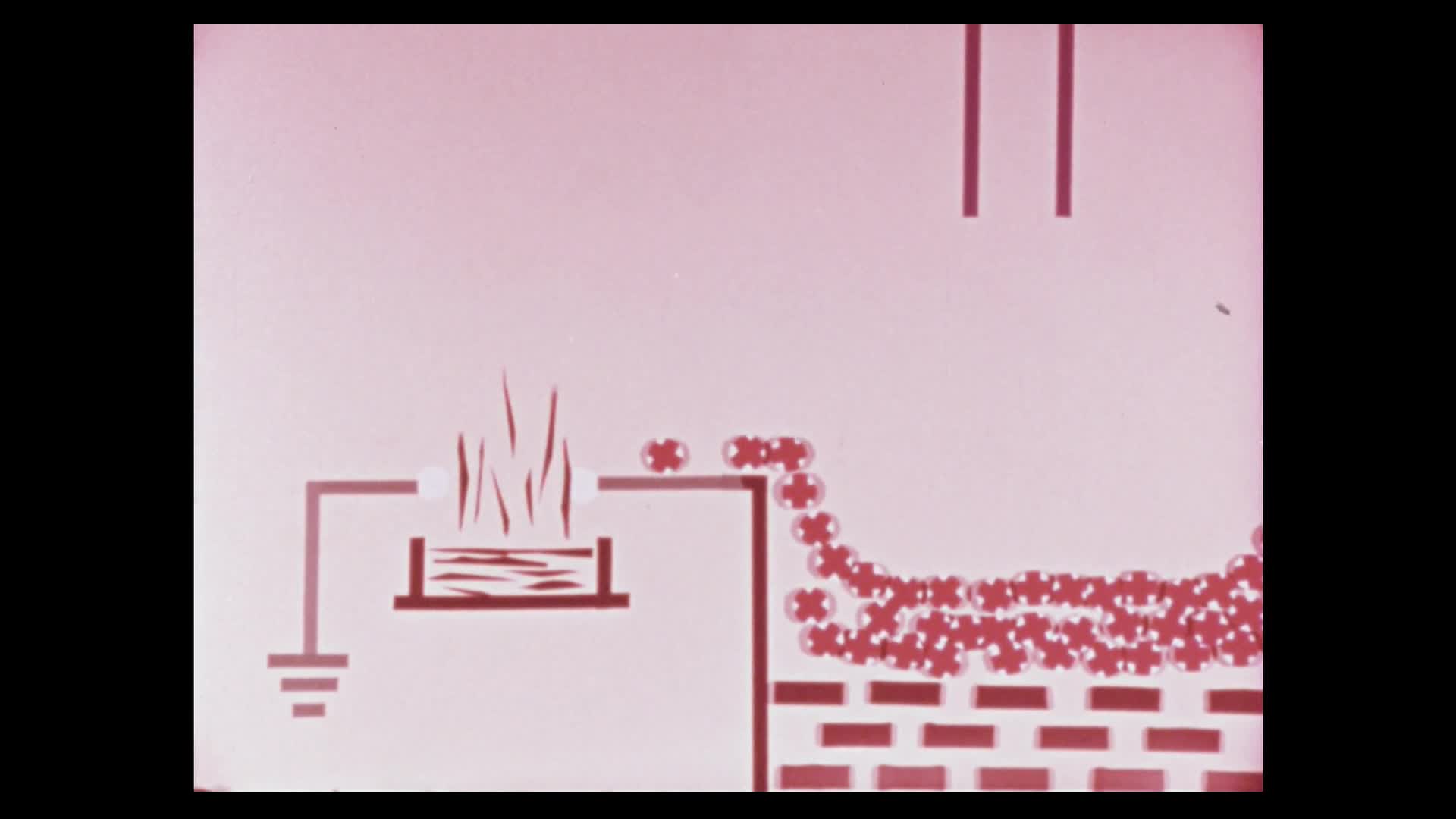 This 1980 film demonstrates the importance of using a static wire when transferring petrol and other flammable liquids. The instructional film uses an animation to explain how electric charges build up on the surface of the petrol as it is being transferred, and if there is no static wire to earth the charges, an explosion will occur. The film then shows footage of petrol tankers being filled, while earthed with a static wire, and small test runs of petrol being transferred from bucket to bucket, and the static charge that results. It also includes footage of a large explosion, indicating the severity of not following the procedure.

Produced by Mobil Oil Australia in conjunction with the Department of Chemical Engineering, Monash University.

The colour is faded throughout the film.

Please note: As this is an archival work, the content does not reflect current practice or standards. Professional advice for up-to-date safety practices should be sought from the appropriate contemporary authority.