A production house in the golden age of film and television

By 1950, the State Film Centre's library's collection had grown to 1,441 films, most of them documentaries, and had loaned them 16,804 times. 50 towns around Victoria were regularly visited by the mobile projection units. As well as government departments, schools and film agencies, church groups, hospitals and private businesses began to make use of the SFC for entertainment and education.

In the latter half of the decade, outdoor screenings were held at Treasury Gardens in association with the Herald Outdoor Art Exhibition. A caravan doubled as a bio box housing a 16mm arc projector to project onto a 24 ft x 24 ft screen. Screenings were so popular that on some evenings, latecomers were turned away.

In 1957, the SFC began a lifelong partnership of support for the Melbourne Film Festival, contributing technical equipment, assistance, viewing facilities and the importing of films.

But the remit extended beyond a collection and lending service. In line with John Grierson's intentions for a national cinema telling nation-building stories [1], the SFC began to produce films for State Government departments.

In conjunction with the Department of Education and the University of Melbourne, the SFC produced A Queen Who Returned (Gil Brealey 1958), a 30-minute colour documentary about the historic 1958 visit of the Queen Mother to Australia. [2] Grampians Wonderland (Gil Brealey 1958) was an ambitious 35mm Eastman Colour film created for the Tourist Development Authority. [3]

In the same year, the prolific Gil Brealey made the atmospheric Sunday in Melbourne, produced by the SFC and the Melbourne Repertory Film Unit. Set free from the utilitarian constraints imposed by government departments, Brealey created a poetic meditation on the empty streets of 1950s Melbourne which won a Special Award for an Experimental Film in the Australian Film Awards. [4]

Sunday in Melbourne by ACMI Collection

Film education for watchers and makers. 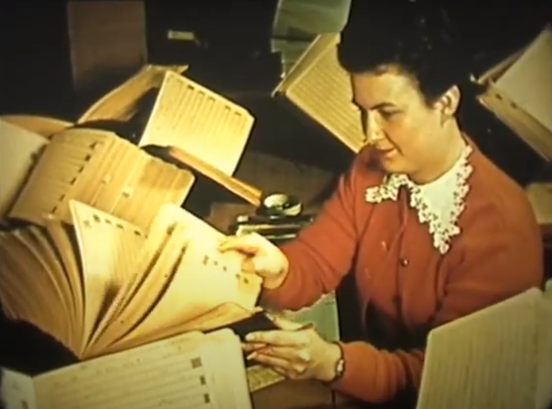