Film education for watchers and makers.

The early 1960s was a period of modernisation and expansion for the State Film Centre, as it responded to an increasing interest in film culture. A project was developed to support film education and appreciation in schools, reinforcing and building on the SFC’s founding purpose and Grierson’s vision of a film board working with a civic purpose relating to democratic citizenship. [1]

Schools now had access to a targeted list of films and study guides exploring film techniques, history and production. Just as film clubs burgeoned throughout the state at this time, film appreciation became a significant extra-curricular activity. Though, in the hands of the SFC, this appreciation was a pretty serious business:

The importance of film appreciation studies in school cannot be overestimated... It will help protect [young people] against the untruths and false values of much commercial film and will do this in a much more positive way than censorship could hope to do.

The SFC’s championing of the local industry continued throughout this decade. In 1961, it co-presented with the Melbourne Film Festival a retrospective of Australian films. And in 1963, award-winning films from the 1962 Australian Film Awards featured in the SFC’s second program of outdoor screenings presented at the Myer Music Bowl in association with the Sidney Myer Music Bowl Trust.

Industry support during this period included offering advice to local filmmakers on film treatments, production, scripts and distribution outlets, and demonstrating the growing importance of the facility to the local industry. And by the end of the decade, the SFC was also supporting student filmmakers by purchasing prints for educational purposes. As a result of this policy, ACMI has an extensive collection of student films, many made by significant figures in Australian screen production including Ana Kokkinos and Sue Brooks.

In 1969, the SFC was relocated to more modern premises in East Melbourne's Treasury Reserve and assumed management of the newly-constructed 239 seat State Film Theatre which was designed to be a multi-functional state-of-the-art cinema. Now known as the Treasury Theatre, it is still very much in use and its distinctive wood panelling is now listed on the State Heritage Register. We were delighted to present some of our film screenings at the Treasury Theatre when our Fed Square museum closed for renewal in 2019.

The following silent film documents the activities of the SFC in the 1960s (including an URGENT delivery to add a bit of drama) and gives a sense of the energy and commitment dedicated to this operation. Note the cigarette being smoked near highly flammable film reels. 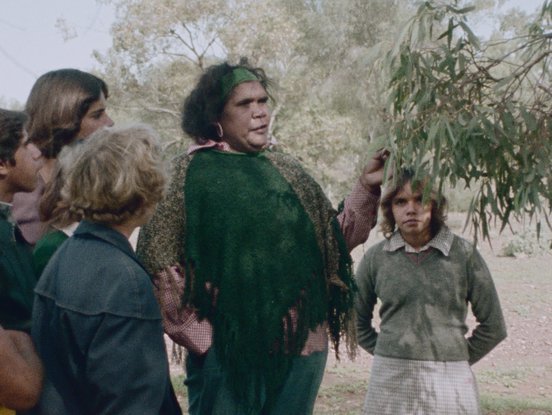