The State Film Theatre developed rapidly throughout the 1970s. Film screenings increased from 154 in its first year of operation to 457 in 1979, and played to large audiences. This decade also saw Australian New Wave auteurs rise to international prominence, and many of these films, including Fred Schepisi’s The Devil's Playground (1976), had their Victorian premiere at the State Film Theatre.

Mobile projection activities ceased during this period. Instead, the SFC’s mobile outreach metamorphosed into the Jolly Jumbuck Story Caravan, a collaborative project with the Library Council of Victoria. The caravan had projection facilities for inside and outside screenings, and a viewing area for 50 children. Equipped with books, films, videotapes and puppets, the caravan visited schools, libraries and kindergartens across the state.

By the end of this decade, borrowing had increased significantly, and SFC staff had begun the methodical but revolutionary task of building the first computerised catalogue of the 20,000 films in the lending collection. The breadth and scale of the SFC’s contribution to screen culture and education can be seen in renowned animator Alex Stitt’s funky 1980 advert describing lending services (Stitt is better known for the ‘Life. Be in it.’ and ‘Slip! Slop! Slap!’ adverts).

The following is an animated promotional film describing the lending services available at the State Film Centre.

Bigger audiences, diverse festivals and a focus on education. 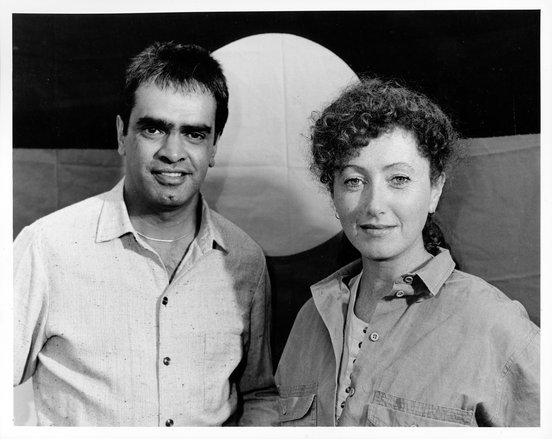