The Two Faces of January

Viggo Mortensen and Kirsten Dunst star as a glamorous American couple holidaying in Athens when they meet Rydal (Oscar Isaac), a young Greek-speaking American, who is drawn into their seductive orbit.

Expertly blends touches of Hitchcock and Highsmith in [a] seductive, southern Europe-set suspenser.

Holidaying in Athens in 1962, the MacFarlands – Chester (Viggo Mortensen) and Colette (Kirsten Dunst) – exude conspicuous style and an air of old money. Keen to line his pockets with more than the tips he extracts from gullible young American tourists, Greek-American expat, Rydal (Oscar Isaac) contrives an introduction but very quickly gets in over his calculating head.

Hossein Amini – the screenwriter of literary adaptations including Jude (directed by Michael Winterbottom) and The Wings of a Dove (based on the Henry James novel) – makes an assured directorial debut, ably supported by his three excellent leads in Mortensen, Dunst and Isaac.

The Two Faces of January screens as an encore on Cinema 3 after screening in ACMI's Matinees program in 2015. 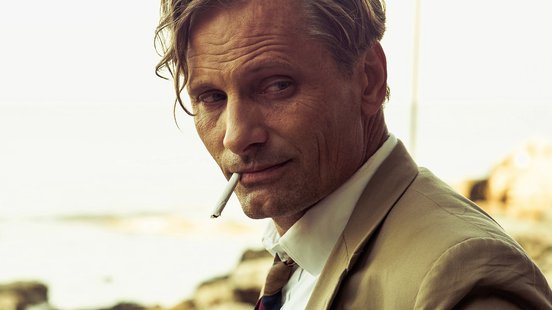