Two of Us Trailer by Vendetta Films

Nina (Barbara Sukowa) and the widowed Madeleine, (Martine Chevallier), share a landing that connects their respective apartments. Everyone, including Madeleine’s two adult children, assumes the women are neighbours, when in fact they are a long-standing couple who have concealed their relationship due to Madeleine’s reluctance to reveal the nature of their involvement to her family. When a medical emergency affects Madeleine’s autonomy, Nina finds herself sidelined from the comfortable rhythms and intimate pattern of their lives together. Unsure how to navigate a course with Madeleine’s family, Nina – and the women’s relationship – is put to the test.

Italian-born Filippo Meneghetti, now based in France, makes an auspicious feature film debut with Two of Us. He and co-screenwriter Malysone Bovorasmy completed the script once their magnificent leads – Sukowa and Chevallier – had been cast, allowing the actresses to shape their characters and play to their respective dramatic strengths. Meneghetti had little interest in framing the women’s story as one of perceived victimhood, instead defining the characters as “heroines fighting for their love”.

German-born Sukowa will be well known to fans of European cinema from her iconic roles in films by directors Rainer Werner Fassbinder (Berlin Alexanderplatz, Lola) and Margarethe Von Trotta (Rosa Luxemburg, Hannah Arendt). Martine Chevallier (of the Comedie Francaise) and Léa Drucker as Anne – Madeleine’s increasingly uneasy though not unsympathetic daughter – round out a superb female-driven cast.

The irresistible Italian pop tune featured in the film that you won’t be able to stop humming is Chariot by Betty Curtis (the stage name for Roberta Corti) from 1962. 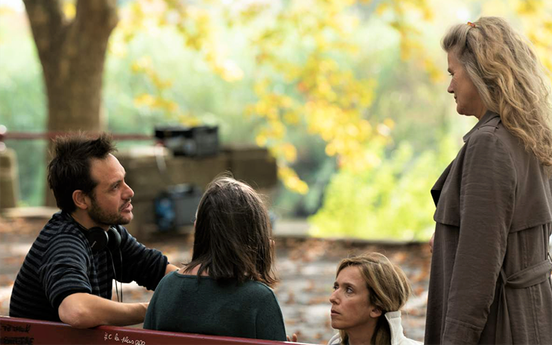 Browse more in the ACMI Shop