Dive into the world of Extended Reality (XR) as we talk to Melbourne based creatives, Emma Roberts and Ben Andrews about their creative development.

In works such as STARLESS, Emma and Ben blend the physical, sensory and virtual environments to allow the audience to co-create awe-inspiring experiences. Hear how they came to create experiences in VR, what skills they draw upon and how their work is pushing into new territories.

About Emma Roberts and Ben Andrews

Emma Roberts and Ben Joseph Andrews are a producer/director team working in location-based virtual realities. Their work merges immersive technologies within bespoke sensory environments to generate unique experiences that verge on the transcendent and sublime.

Their collaboration began with The Moon Is Gone And All The Kings Are Dead, commissioned for the 50th anniversary of the Victorian College of the Arts. The duo has also completed two projects for City of Melbourne: sci-fi installation allthestarstheybleedtogether (2016) and STARLESS (2017). Currently in Production is Gondwana, winner of the AIDC 2018 Greenpeace VR prize, which was selected for the Sheffield Doc/Fest Alternate Realities Talent Market (2019) and the Cannes XR Development Showcase (2020).

They have spoken and exhibited at some of Australia’s leading VR hubs, including Heide, Facebook, ACMI, AIDC and Melbourne Knowledge Week.

This event will be streamed on ACMI’s YouTube channel.

Subscribe to the channel or follow us on Facebook and Twitter to be notified when videos will be available to watch. You will still be able to watch the video after the event has run. 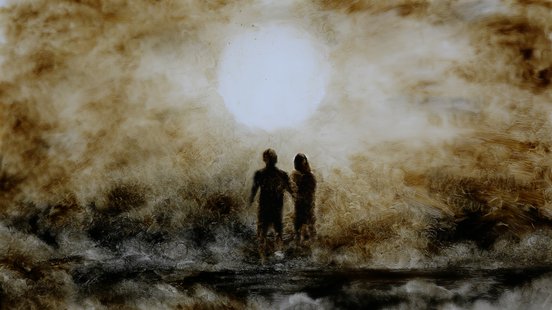