Join us as we launch Nick Pinkerton's new book on Goodbye, Dragon Inn with a screening of the modern day classic, restored to 4K. Australian premiere.

A beautiful love poem to the movies.

In 2021, independent publishing house Fireflies Press will launch a new series, the Decadent Editions: 10 books about 10 films, one for every year of the 2000s. Written by some of today’s most compelling cultural critics, each book is a deep dive into a single film. These idiosyncratic studies are ambitious and insightful, yet playful and inviting.

ACMI is proud to be a publishing partner on the Decadent Editions and will launch the series with Nick Pinkerton’s book on Goodbye, Dragon Inn (Tsai Ming-liang, 2003) with a screening of the newly restored film, accompanying talks program and book launch in the ACMI Shop. Nick Pinkerton's book on Goodbye, Dragon Inn will be available to purchase on the night from the ACMI Shop.

Please note that your ticket to the Fri 12 Mar event screening includes a drink on arrival in the ACMI Shop plus admission to the screening. Goodbye Dragon Inn will also screen on Sun 14 March.

In an old Taipei movie theatre, on the eve of a "temporary closing", King Hu’s 1967 wuxia classic Dragon Inn plays to a dwindling audience. Lonely souls cruise the aisles for companionship while two actors from Hu’s film watch themselves writ large, perhaps for the last time. Cited by award-winning Thai director Apichatpong Weerasethakul (Uncle Boonmee Who Can Recall His Past Lives) as “THE best film of the past 125 years”, Tsai Ming-liang’s 2003 film Goodbye Dragon Inn is a modern-day classic; restored to 4K digital for a new generation of cinema fans to discover.

Is cinema really dying? As movie houses close and corporations dominate, the art form is at risk of changing beyond recognition. In this wide-ranging and elegiac essay, Nick Pinkerton takes a deep dive into Tsai Ming-liang’s 2003 film Goodbye, Dragon Inn, a modern classic haunted by the ghosts and portents of a culture in flux. 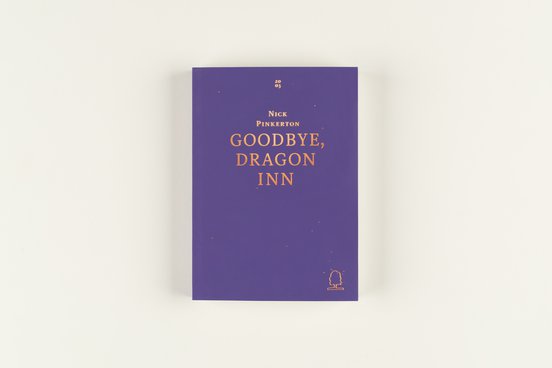 Nick Pinkerton is a Cincinnati-born, Brooklyn-based writer focused on moving image-based art. His writing has appeared in Film Comment, Sight & Sound, Artforum, Frieze, Reverse Shot, The Guardian, 4Columns, The Baffler, Rhizome, Harper’s and the Village Voice, among other venues, and he operates the Substack newsletter Employee Picks. Previous publications include the monograph Mondo Cinema and 'Beyond, 1960s–1980s' (True/False).

In line with current Government requirements, and to ensure your safety, we have reduced the seating capacity for this event.